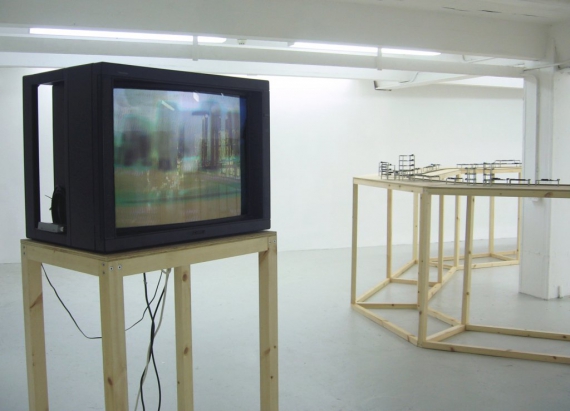 Merlin Theatre Trust in Frome, Somerset was one of the 45 combined arts organisations to lose its funding from Arts Council England last year. Black Swan Arts, an arts centre, café and gallery in the heart of Frome, was one of the Trust’s main visual art and dance projects. Black Swan has since suffered severe cuts to its core funding, forcing it to close parts of its building and make several staff redundant. But, thanks to a newly appointed committee who are reinvigorating the gallery programme, its visual arts activities are being sustained, and are moving forward in new and exciting directions.

London-based RCA graduate Robin Tarbet is one of the first artists to show in Black Swan’s new 12-month programme, which aims to attract new audiences to the centre as well as help regular visitors feel a renewed sense of engagement with the space. Tarbet’s installation Monitored Landscape Series, first commissioned by East International in 2009, opens this evening.

“I was really keen to bring this work to Frome,” Tarbet says. “Partly because I want to see people’s reactions to it away from the city background and also because it’s very different to previous exhibitions at Black Swan.”

Monitored Landscape is a live installation that presents a journey through a seemingly industrial landscape. A video camera mounted on a model train records images as it winds through a constructed topography of electronic circuit boards.

The dichotomy of the piece – the separation of the TV monitor (showing the real-time recorded footage) from the sculptural train-camera-assemblage (recording the circuit-board landscape) is key. “Viewers see the imagery on the monitor first,” Tarbet explains, “then discover the reality of how it’s created. Conceptually it is referencing a liminal place, familiar yet distant; both a real landscape and a model where the viewer acts as the connection, the inhabitant.”

Artist and Black Swan curator Tristan Stevens was attracted by the binary format of Tarbet’s piece – the gallery is housed over two floors, ideal for creating two separate, but interlinked environments – as well as the formal qualities and conceptual reference points for the work.

“Robin’s work at first holds the illusion of spectacle but then gladly opens up the magic of film by revealing its internal workings,” says Stevens. “This particular style of installation is something rarely seen in this area. I felt its content triggered ideas that would energise Frome’s large population of artists and creatives, while also bringing a sense of fun and play for local families who are an equally important part of our audience.”

Tarbet grew up in the West Country and recalls the region’s rich engineering heritage. For him, the visual references in his work to railways, surveillance technology and CCTV seemed to resonate with the local context.

Stevens sees links in Tarbet’s work to contemporary issues of development, changing urban landscapes, and future and past places. Black Swan itself – originally a pub, used as a market place after the Second World War, and then restored as an arts centre in the 1980s – carries echoes of its past histories and surroundings.

Stevens is hopeful about reactions to the work from local audiences. He believes projects like Tarbet’s signal the start of something new for Frome and for Black Swan, which could help bring back funding support to enable the organisation to grow.

“Losing the ACE funding definitely put a damper on people’s hopes – but there is a strong sense of community here, people have shown great force in numbers in communicating their ideas and in wanting to work with each other for the greater good. I believe this is just a hurdle – like all good art and its instigators, the show must go on.” 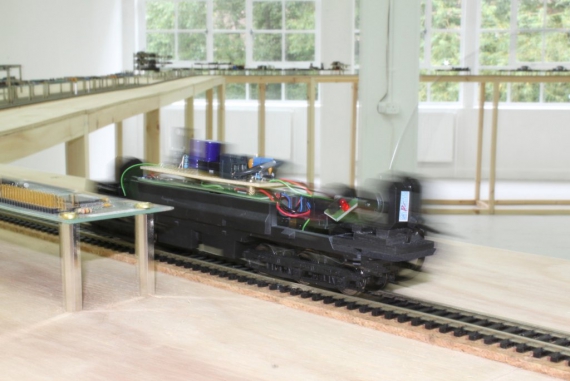