Congrats Hull, but 'culture city' status is no guarantee of revival - a-n The Artists Information Company 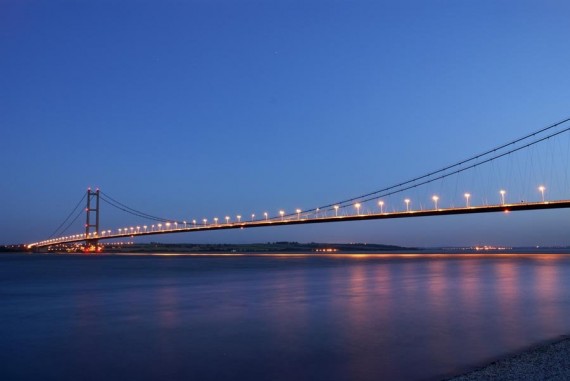 It’s Hull! In 2017 Hull will be UK City of Culture. It will be the second UK city given the title, a programme that developed from Liverpool’s experience as European Capital of Culture in 2008. It’s a brilliant opportunity for the city, which was chosen ahead of Leicester, Swansea Bay and Dundee.

However, this is also a moment for Hull to be wary, and a moment of opportunity for the cities that missed out. For Hull, the risk is that it merely concentrates on the economic aspects of 2017 and misses the chance for broader change. For the bidding cities there is the chance to build on their experiences to develop their own, unique, cultural policies.

Phil Redmond, chair of the City of Culture Panel, said Hull won because of its potential to transform itself. The rationale for this comes from the experience of Liverpool as European Capital of Culture in 2008.

The economic impact of Liverpool’s reign was huge. Throughout 2008, 9.7m additional visitors to the city spent a total of £758m – a huge sum, considering the population of Merseyside is just over one million. The city also saw its ‘brand’ transformed, as media reports became more positive. Even local residents came to view their hometown more favourably.

However, this success was based on several factors that Hull will not be able to replicate. As one of Europe’s poorer regions, Liverpool had already benefited from large amounts of EU infrastructure funding; this in part paid for a new arena that formed the centrepiece of its celebrations. The timing worked out well for Liverpool: private sector investment was secured before the financial crash of 2008. The city also had strong cultural and tourist attractions that were remarkably underdeveloped before the early 2000s.

The ‘Liverpool model‘ is therefore only applicable to Liverpool, so if Hull tries to follow this it will be disappointed. It simply doesn’t have the pre-existing infrastructure or cultural capital.

The comments from people involved in the bid have not been encouraging in this respect. For example, the editor of Hull’s local newspaper claims: ‘It will, without doubt aid the economy and provide real jobs for real Hull people. It will be employment that can be grasped in reality and not be based on talk and theory. Many unemployed people, both young and old, should see a chance to get work; to rebuild their self-confidence and to once more be masters of their own destiny.’

People in Hull ought to be more cautious about these potential new jobs. As Peter Campbell argues, Liverpool didn’t develop a new creative economy based on cultural industries through its capital status. Don’t expect Hull to necessarily have a flourishing media, advertising or arts scene following 2017.

Rather than following Liverpool and focusing on the potential transformation in the local economy, Hull could look to other cities’ experiences. Hull should embrace the moment for what city council leader Steven Brady calls “a real game changer”. Newcastle and Gateshead, which failed to win European Capital of Culture status in 2008, can provide one example. In the North East a long-term cultural strategy, involving local, regional and national government, ensured that not winning did not divert the cultural approach adopted on the Tyne.

Research from the Institute of Cultural Capital in Liverpool, along with some of my own work, indicates that using culture to change somewhere is a long-term project. It requires co-ordination between a range of local organisations, local residents and policy makers. Successful local cultural policy means getting the NHS, the police and fire service, local transport networks, as well as businesses to embed cultural activity into how they think and work.

Cultural city status can be a catalyst for this, but it cannot be the only thing that is used to rethink city’s society and economy. Hull needs a vision that goes beyond just tourist numbers and service sector jobs.

This vision of a new model for change through culture need not apply only to Hull. It’s a chance to move beyond Liverpool and change what we think of when we imagine a ‘cultural city’.

We can create a new version that draws on local cultural infrastructure – galleries, museums, theatres, stadiums – and focuses on developing long-term relationships between culture and policy. This is a sustainable model for the cultural city of the future, one where Hull would see 2017 as only a minor component, not the singular focus.

Perhaps this is, as Larkin said, too eager for the future. However, this chance isn’t just for Hull. It’s also for the bidding cities too. Let’s hope in 2017 that we can celebrate the emergence of four really radical cities with truly transformative visions of cultural policy.

Dave O’Brien previously worked on Impacts08 in Liverpool, which evaluated the European City of Culture, and has had AHRC funding to study the UK City of Culture.

This article was originally published at The Conversation. Read the original article.