Crowdfunder for women artists aged 55 and over: "I noticed the work was drying up" - a-n The Artists Information Company 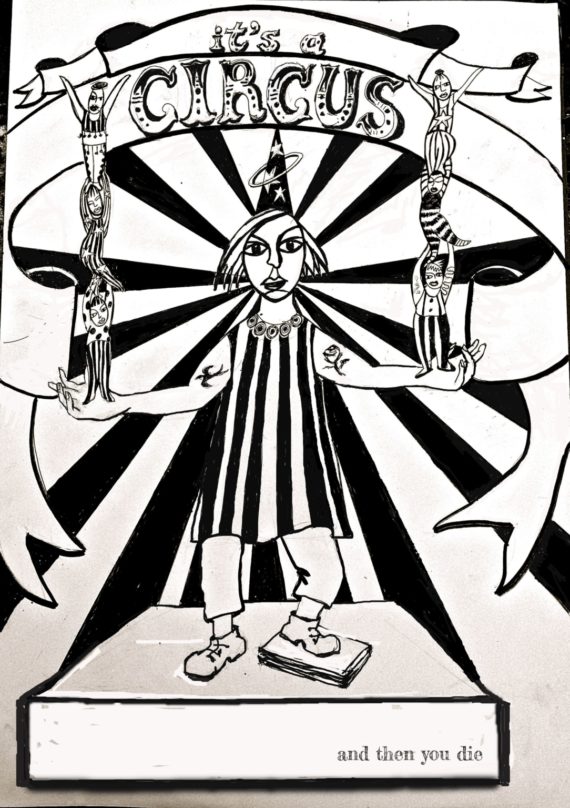 The Mrs Hughes Award is a new artist-initiated fund for female artists who are aged 55 or above. Artist Lena Sass Hughes has launched the crowdfunding campaign with the goal of raising £5,000 for women working at the intersection of arts and social change.

Supporters who make a donation will receive one of Sass Hughes’ prints (pictured above) and will also have the chance to nominate a female artist with a community arts or socially-engaged practice for consideration for an award. Once the funds are raised, the cohort of eligible selected artists will be invited to have a say on how the money is distributed.

Sass Hughes set up the award specifically for “older women artists going through change”, whether that be a change in career and workload or a physical or attitudinal change. The impetus for setting up the fund arose from Sass Hughes’ own experience of the professional and personal barriers that arise as women artists get older.

“When I was under 50 I never dreamt I would experience ageism,” she says, “but I began to notice that my words were being heard, but only when said by younger artists, both male and female. I noticed the work was drying up, but younger folk who did similar work seemed to be getting funded whilst I was simply being asked for advice.”

In part, Sass Hughes intends for the crowdfunding campaign to bring together a support network of older women artists. One scenario is that the group of nominees could decide to use the funds as match-funding and apply for a larger grant as a group; another option would be to start a small trust fund that could continue to support future generations.

Based in Lincolnshire, Sass Hughes’ practice evolved through community arts. Her company, In the Boat (now The Professors), was founded in 1984 as one of the first learning disabled companies in the UK.

Working across the arts, disability and health sectors, Sass Hughes has been artistic director of Artlink East and a director of Understanding Arts. She is also part of The Collaborators, a group of artists who develop work together.

Referencing the many successes that members of the community arts and women’s movements achieved for younger generations, Sass Hughes is now looking to the subject of ageism. The fund seeks to support artists to embrace change by giving them the means to continue their practice.

“If the Mrs Hughes Award gets big enough, it could form a new fund available for older artists,” says Sass Hughes. “Anyone wishing to donate will be investing in artists’ futures.”