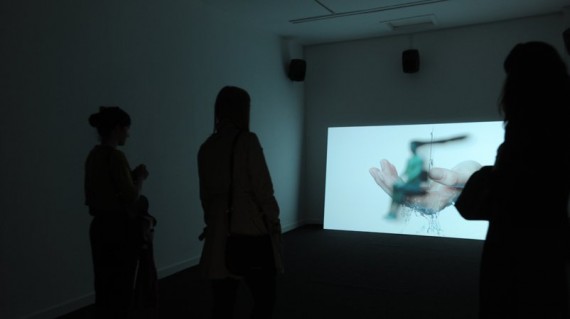 Two of the UK’s leading writers and cultural commentators will be contributing their ideas on the future to a day-long event in Glasgow this weekend. The Future Symposium accompanies the Jerwood/Film and Video Umbrella Awards exhibition, Tomorrow Never Knows: Ed Atkins and Naheed Raza, at the city’s Centre for Contemporary Arts (CCA).

Paul Morley and Simon Reynolds – best known for music writing but recognised as incisive commentators on matters of culture – will be joining a range of other speakers including internet artist and theorist Olia Lialina and writer and artist James Bridle. Throughout the day they will be exploring current concepts of what the future might mean, and how these differ from previous notions of what lies ahead.

The symposium posits the idea that, while culturally much of what is touted as new and fresh is increasingly anything but, at the same time there seems to be a growing return to the future – in the form of a new wave of thinking about how our world might look in the years hence.

“We seem to be in a contemporary moment where there is a nostalgia for futures past or futures lost, and where faith in the actual future seems in short supply,” says Steven Bode, Director of Film and Video Umbrella. “Despite this deepening preoccupation with the past, and a widespread reflex to revive, recycle, or re-work it – which Simon Reynolds terms ‘retromania’ – there appears to be a growing appetite to look ahead and beyond this, either to consider how technology is changing our outlook and experience, or maybe even a craving for something ‘new’.”

With a mix of presentations and screenings, the symposium includes introductions from Bode and CCA Director Francis McKee. Morley’s contribution will be a response to Reynolds’ talk during the morning session, while in the afternoon, Glasgow writer and curator Sarah Lowndes will respond to the range of ideas expressed by the speakers. Throughout the event there will be opportunities for questions, and the day will close with a panel discussion and Q&A session.

The Tomorrow Never Knows exhibition of film work by Ed Atkins and Naheed Raza, recipients of the 2012 Jerwood/Film and Video Umbrella Awards, continues at CCA until 20 July. The show debuted at JVA at Jerwood Space, London, in January.