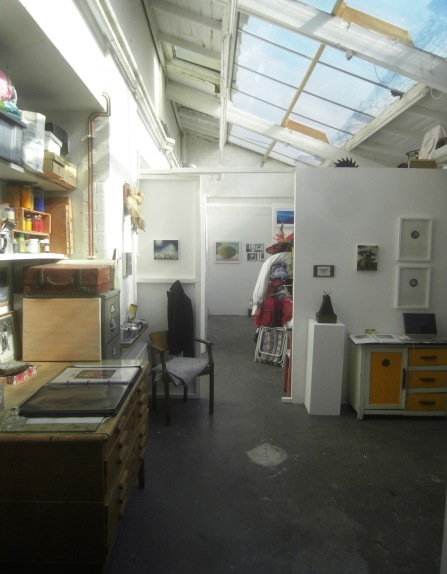 The studios, located on Shacklewell Lane in East London, has ceased operations following the end of the current lease. The not-for-profit group claim a proposed increase in rent is to blame.

Since opening in October 2000 over 60 artists have used the studios, typically with 12 artists in occupation. The space was initially founded by Josie McCoy, who with other Central Saint Martins MA Fine Art graduates Margaret Anderton, Julia Dogra-Brazell and Calum F Kerr decided to rent it with fellow artists.
Kerr, who also an artist and performer, managed the studios from 2002 until its closure.

Explaining the decision to close, Kerr says: “The main reason Dalston Underground could not continue was the all too familiar tale of lease ending negotiations with the landlord.

“Leased buildings are often subject to rises, even year-on-year. The increase proposed in 2015 was more than double the current rate, with service charges, and business rates (although these were deferred), and the prospect of having to temporarily move out of the space for works to be carried out.”

Kerr believes Dalston Underground’s closure is indicative of a wider trend across London: “It is not just in Hackney but throughout the city. It does appear harder for artists to have the space and time to create in London now. It has always been difficult but developmental ‘greed is good’ is prevailing.”

He suggests the result will ultimately be the exodus of artists from London: “There are a number of artists I know who have moved to the South-East coast and that is likely to increase. Artists will always go where it is possible to create and with communications being more fluid than previously distance is not such a factor.”

However, Kerr believes this nomadic existence is disruptive to artists’ practices and development. How can the issue be resolved? “Long-term studios should be the way forward,” he says.

“This would include affordable artist studios as part of new developments, as well as including genuinely affordable housing. Also on a council and governmental level they should support artists to make use of empty business properties for long-term studio provision.”

Although there are no immediate plans to set up a new Dalston Underground studio space, one artist Thomas MacGregor is planning to set-up an organisation to provide studio space in the Leyton and Walthamstow area.

Dalston Underground will continue to use its website www.dalstonunderground.org.uk as an archive for artists and events.