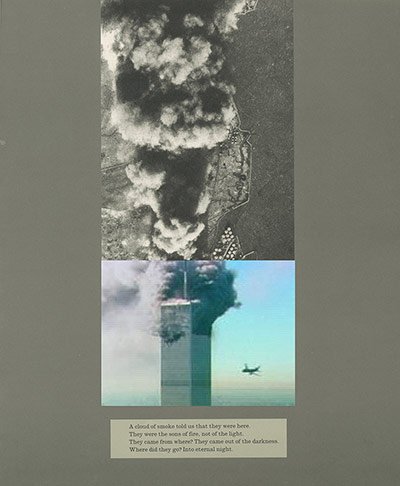 “Photography is, and has been since its conception, a fabulously broad church.” So said Charlotte Cotton in a recent article for Aperture Magazine. “Contemporary practice,” she adds, “demonstrates that the medium can be a prompt, a process, a vehicle, a collective pursuit, and not just the physical end product of solitary artists’ endeavours.”

The one-time curator at The Photographers’ Gallery who has since held positions at the V&A, Los Angeles County Museum and, more recently, the National Media Museum, might well approve of the insights into the directions the medium has taken in the recent past that are currently on offer in this year’s Deutsche BÃ¶rse Photography Prize.

Exploding conventional ideas of the ‘concerned photographer’ is Mishka Henner, who has been nominated for for his series No Mans Land. Shot entirely using Google Street View, his work is the result of scouring Internet forums that pinpoint sex workers’ locations across Central American and Mediterrean countries.

Women are seen vying for business at the side of litter-strewn roads or underpasses, often sheltering from the glaring sunlight – alone, bored and in depraved conditions. There is an unsettling trajectory running through the series, one that bears witness to the ‘unintended consequences of technology and surveillance’.

Seldom has there been such a divisive figure up for the prize as Henner. His naysayers will argue that the work is grazed on the lowers slopes of ignorance towards his subjects’ situation while others will profess (the artist included) that this lack of distance and concern is a perfectly appropriate way to tackle such a subject since it is the experience most people have to it. In any event, No Mans Land shows a victim with a name, and a specific time, place and circumstance, but of course the subjects cannot speak in this context, nor do they have any control over the way in which they are represented.

Empathy, one of photography’s basic terms of reference, abounds in the black and white images of Chris Killip. An elder statesman of British documentary photography, he has been nominated for What Happened Great Britain 1970-1990, which chronicles the industrial decline of the north east of England. Achingly beautiful and wrought with complexity, these are first hand images of working class life in the years before and after Margaret Thatcher became Prime Minister.

For more than two decades Killip immersed himself in the region’s landscape and culture and it shows. His photographs shoulder the responsibility of conveying the hardship of the social reality; women are depicted waiting for better days, men repair boats, young girls play with hoola-hoops. Time seems to drag on. Indeed Killip’s images have now come to have aquired a historical status, yet despite the fact that the photographs were taken nearly forty years ago the issues and concerns remain relevant today. If this were a prize for staying power or timeless value then Killip would win hands down.

Prescience is also key in the works of the artist duo Adam Broomberg and Oliver Chanarin. Hotly tipped as this year’s favourites, their project War Primer 2 comprises a limited edition book which physically inhabits the original pages of Bertold Brecht’s 1955 publication War Primer.

Juxtaposing images from the so called ‘War on Terror’ which they have recycled from the Internet with photographs of the Second World War, that Brecht cut out from newspapers and magazines, each one contains a short four-line poem to compliment or complicate its meaning. Theirs is a unique sensibility, set down intelligently and embodies crucial critical questions about the way war is imaged. Perusing the pages – presented in their own glass vitrines – is a deeply engrossing experience. They draw you in, demand interpretation, like a set of codes that require deciphering. Nothing is lost in curation.

Finally, there’s Spanish photographer Cristina de Middel, who has earnt her place in the line up for her meteroically successful self-published photobook The Afronauts. Out of print, and with copies reportedly being sold for close to £1,000 on eBay, it’s clear the popularity and demand for her work has reached fever pitch. Yet, it’s probably too soon in her career for her to scoop the prize. After all, this is her first major output.

A pseudo-photojournalistic project, The Afronauts focuses on a story about a failed 1960s Zambia space programme. de Middel skillfully mixes archival images, pages of diaries, photographs of found objects and her own staged photographs into her own story construction. It’s both playful and mesmerising in its quirkiness but as a serious body of work has an uncomfortable capacity to establish exoticism – unwittingly or not.

In displaying such a wide variety of photographic imagery, The Deutsche BÃ¶rse Photography Prize 2013 brings into view the many different ways of seeing the world as it does modes of practice. What constitutes photography remains contested – which is all to the good.

The exhibition runs until 30 June. For more information visit thephotographersgallery.org.uk