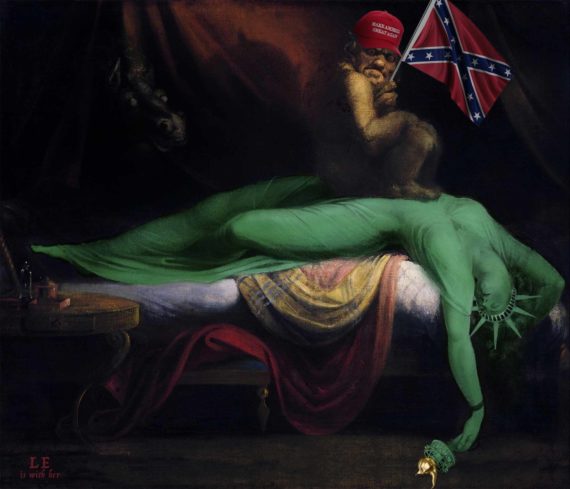 Artists and those working in the visual arts have been responding to Donald Trump’s US election victory, which saw him win more than the 270 electoral college votes needed to become president.

Writing on the US art website Hyperallergic, Hrag Vartanian – who had been live blogging as the results came in – expressed the widely felt dismay of those working in the visual arts in the country.

“Buoyed by white nationalists and the alt-right, Trump has snatched the crown he’s always wanted,” he writes, before adding that the only way the arts can respond is to “create, write, perform, sing, dance, and anything else we can, because that’s what we do”.

Vartanian also talks of a new urgency in the country, citing the importance of US projects such as #DecolonizeThisPlace: “All art is some form of artivism now, as we will all become inadvertent activists — whether we like it or not — and this is just to survive, grow, and feed ourselves with the financial, social, and intellectual nourishment that we need.”

Others have taken to social media to express their dismay. On Twitter, the artist David Shrigley posted this response: 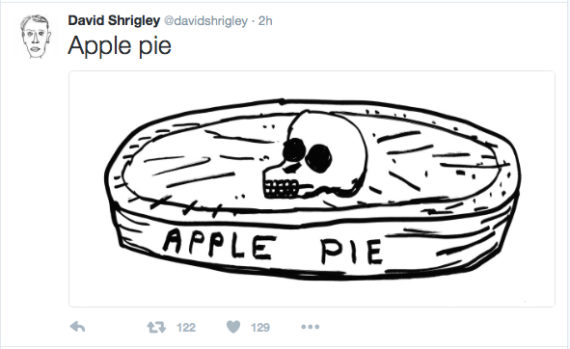 The US digital artist Alex McCleod simply tweeted “OBAMA COME BACK”, while the American-born, UK-based sculptor Liliane Lijn was more expansive in her response: “The disaster everyone thought wouldn’t happen. Even his name is a gambling word. @realDonaldTrump victorious. Darkness reigns.”

Artist and writer Alistair Gentry tweeted: “What an absolutely dark and stomach-churningly appalling day for America and for reasonable, moderate, peaceful people everywhere on earth.”

Spike Island director Helen Legg expressed the fears that many in the US and beyond are currently feeling, tweeting: “Remembering the sickening first waves of racial hate post-Brexit and anticipating the scale of this in the US post-Trump.”

The art critic Waldemar Januszczak, meanwhile, tweeted: “The new rule of politics seems to be – fear the worst, and it will happen.”

Leone Ermer, the Los Angeles-based interactive artist whose image, The American Nightmare, leads this article, said: “I never thought we would be here today. I am so ashamed of my country.” 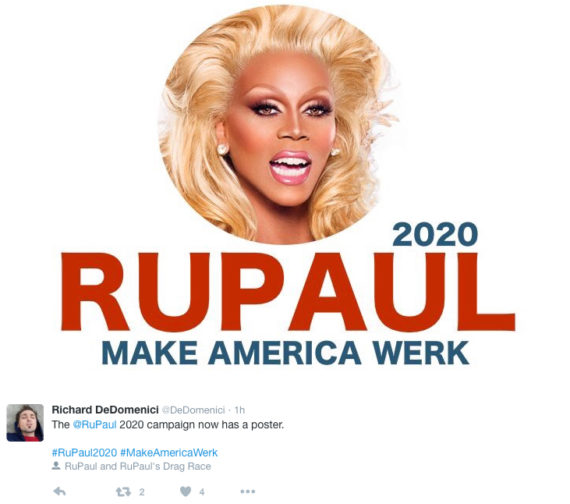 CORRECTION: An earlier version of the opening paragraph of this article quoted voting figures that suggested all American states had declared their results, while at the time of writing this was not the case.
This has since been amended.