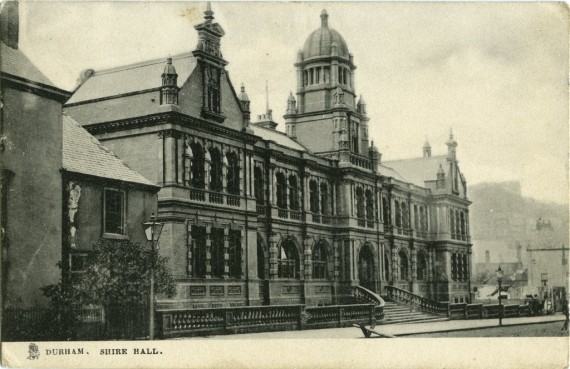 A new art fair is taking place at Durham’s Old Shire Hall this weekend. The fair is part of a summer-long series of temporary programmes at the venue, formed out of a partnership between Newcastle-based Breeze Creatives and Vane.

Art Fair will showcase North-East based arts organisations such as the long-established Globe Gallery, alongside younger, often artist-led initiatives, such as System Gallery, Praxis, Platform A, Python Gallery and Middlesbrough’s The House of Blah Blah, which was set up just one month ago.

Vane, now in its 17th year, and Breeze Creatives, which incorporated as a Community Interest Company earlier this year, will also be exhibitors. “It’s entirely up to each participant what they want to present,” says Vane co-director, Paul Stone. “It doesn’t have to be commercially based, we’re not taking a cut of what they sell.”

Events over the summer have included academic talks and a film night, and will culminate on 12 September with Art Auction. “It’s part of our work to try and develop a market in North East,” says Stone. “It’s growing, it’s still embryonic, especially for critically engaged art.”

Any profits from the Old Shire Hall events will go towards transforming one of Vane’s spaces at Newcastle’s Commercial Union House into a purpose-built artists’ studio. This will become the base for The Experimental Studio, a residency initiative for six artists a year developed and run by Breeze Creatives, in association with Vane. The fledgling partnership between the two organisations already sees the hosting of Breeze Creatives’ The Wednesday Lecture in the gallery.

The residency programme, in its pilot phase, is initially unfunded. Artists will receive free studio space for a full-time 10-week period, alongside informal mentoring support and a final exhibition/presentation platform for their work.

“We have space which we are donating to the residency,” says Stone. “Longer term we’re going to look at trying to fundraise to get more support, possibly so that it can be opened up internationally.”

The residency is open to all artforms and the organisers are open to the kind of final presentation format that may be required. “We’ve always maintained an element to our programme which has been open to outside input,” says Stone. “This is a chance to actually bring production into the gallery, rather than just showing.”

“Although part of the work we do is market related, that’s for the benefit of keeping us going and also the livelihood of artists. Our gallery programme is never programmed on a commercial basis,” says Stone. “It’s important to be open, to have something unexpected in the gallery – important for us and for our audience.”

To find out more about The Experimental Studio and the Old Shire Hall events visit experimentalstudio.org.uk

To apply for the residency programme see Jobs and opps