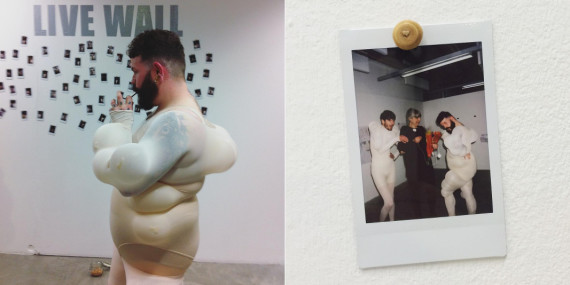 Over another busy weekend of degree show openings and previews around the country, a-n members have once again been visiting the shows and posting images and commentary on a-n’s Instagram.

Maddy Hearn’s focus was on Plymouth, where visual arts degree shows opened at both the University and College of Art campuses in the city.

For his performance installation at Plymouth University, Danny Everton was photographing degree show visitors and posting the resulting ‘Fuji Instax Mini’ photos to his Live Wall (top). Hearn explains that the work – which captures visitors accompanied by Everton’s ‘models’ – “explores beauty through juxtapositions of inherent grotesqueness”. 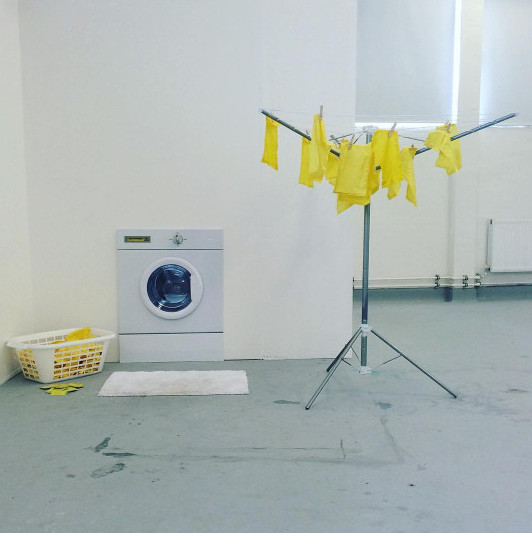 Highlights at the Plymouth College of Art fine art show included Elena Brake’s The Washing Machine is Working. This participatory performance seeks to enchant an everyday activity through a simultaneously amusing and uncomfortable audience experience, which Hearn describes as “disrupting the audience’s familiarity”.

Attending the Sunderland University fine art and photography show, Sheyda Porter reported that works reflected “a broad range of themes and interests” including childhood memories, social issues such as animal welfare, and health matters such as neurological disorders. 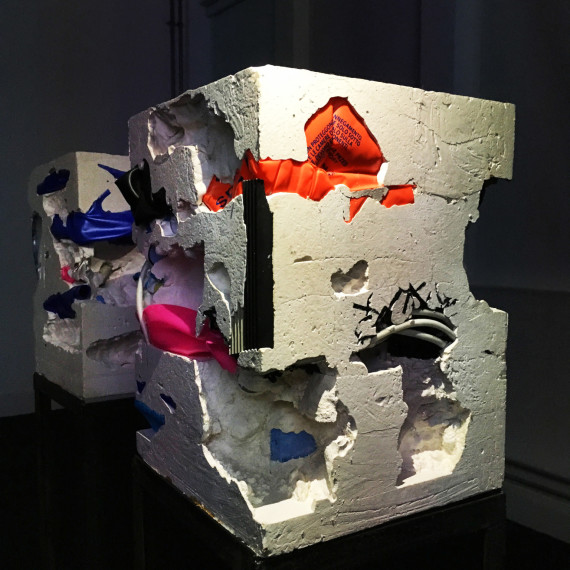 Speaking about Rose Reay’s work that draws inspiration from an abandoned swimming pool the artist was fascinated by as a child, Porter said: “The derelict nature of Reay’s works – that freeze childhood memories within plaster blocks –inevitably creates a sense of loss and nostalgia.” 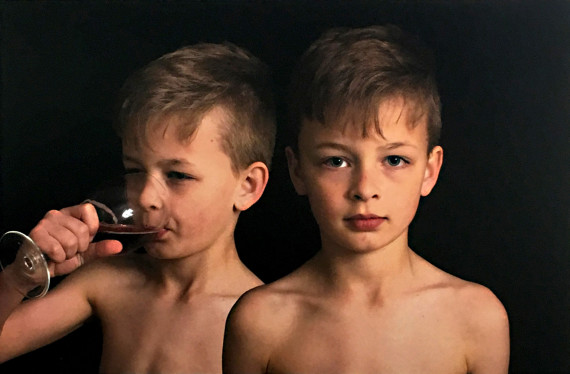