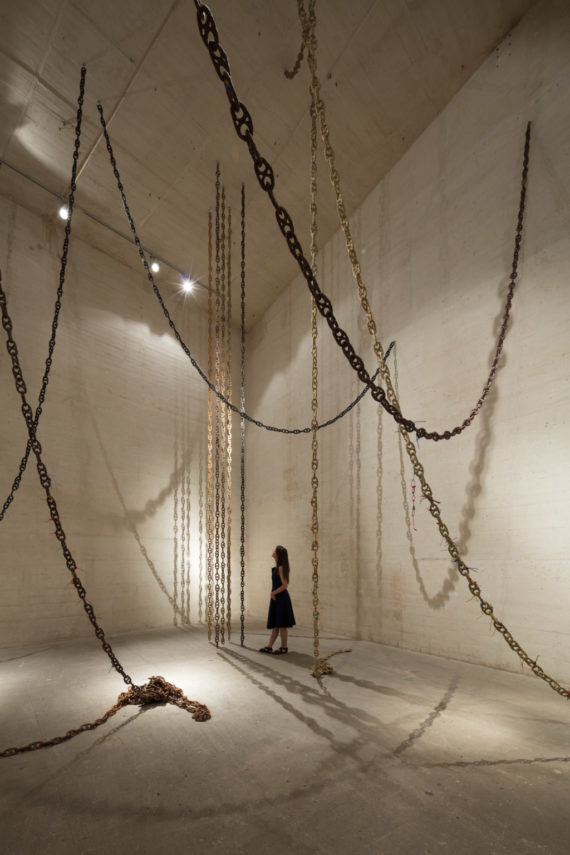 Posidōnia
Artist in residence at Joan Miró’s workshop in Spain, Patricia Mato-Mora has created an ambitious large-scale instalation that references the sub-aquatic ecosystem of docks, where man-made structures are inhabited by submarine creatures. Firing red stoneware clay, Mato-Mora has created a ceramic chain that reimagines the Espai Cubic (Cubic Space) as an underwater dock, with the exhibition visitors walking on a ‘seabed’. This exhibition results from the 2015 Pilar Juncosa and Sotheby’s Biennial Award.
Until 11 June 2017, Joan Miró Museum, c/ Saridakis 29, Palma de Mallorca, Spain.
https://www.a-n.co.uk/events/posidonia

‘It Takes A Village’ – Models for Mother-Artists
How can the art world better support artist-mothers? What needs to change? What examples can the arts borrow from the education sector? These are just a few of the discussion topics on offer at this one-day symposium that will bring together artists, curators and change-makers to explore how women with children can sustain their careers.
Sunday 23 April 2017, Atelier Textile and Craft Club, 19a Lower Street, Stroud GL5 2HT.
www.a-n.co.uk/events/it-takes-a-village-models-for-mother-artists 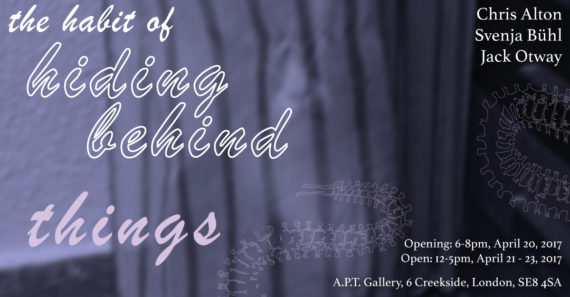 The Habit of Hiding Behind Things
The culmination of a year-long residency at A.P.T studios, artists and Graduate Studio Award 2016 winners Chris Alton, Svenja Bühl, and Jack Otway present new works ranging from painting to performance. Drawing together the works by each artist, the theme of the exhibition considers that which is unseen – how the acts of hiding and revealing can disrupt what we know and redistribute power.
Until 23 April 2017, A.P.T Gallery, 6 Creekside, Deptford, London SE8 4SA.
www.a-n.co.uk/events/the-habit-of-hiding-behind-things 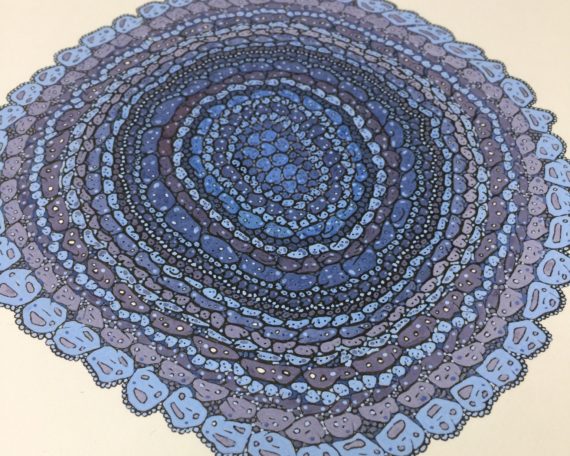 Stuart Belton
An exhibition of drawings inspired by the microscopic world and the cosmos, fractals and geology. Stuart Belton, who has a blog on a-n, has written: ‘I see my drawings as working in two ways: firstly as a larger, whole mass that is seen as one, and then the finer details that could be taken as an individual, autonomous microcosm of its own.’
28 April – 5 May 2017, Snug Cafe and Bar, 96 Leigh Road,  Leigh on Sea SS9 1BU.
www.a-n.co.uk/events/drawing-some-by-stuart-belton 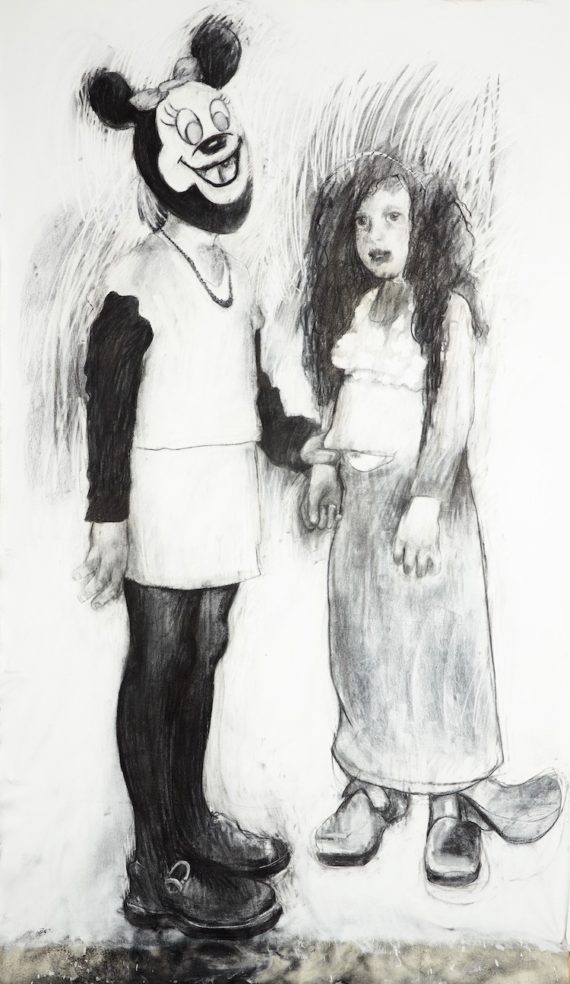 Future Giants
Nicola Grellier‘s monochrome charcoal drawings explore ideas around growing up and discovering oneself through a series of characters whom the artist has vested with distinct personalities. Towering over the viewer, these larger than life individuals, often taller than the artist herself, are young people disguised or ‘dressing up’ as superheroes and other fictional characters in order to ease the burden of growing up.
Until 20 June 2017, Malthouse Bar & Kitchen, Salmon Springs, Painswick Road, Stroud GL6 6NU.
www.a-n.co.uk/events/future-giants