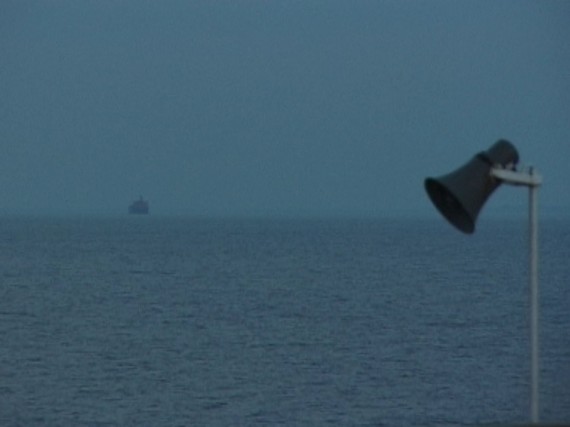 The 11th edition of Berwick Film & Media Arts Festival – themed Fact or Fiction – opens today with a strong emphasis on artists’ moving image work. This is the first festival for new director Peter Taylor, who joined the organisation in January, having previously worked as an independent film curator in Rotterdam.

“2015’s Fact or Fiction programme is about allowing audiences to experience processes that get to the real essence of cinema and give them something much more ambiguous, ambitious and complex,” said Taylor.

Taylor’s experience of programming new cinema and artists’ moving image, as an independent curator and as part of the International Film Festival Rotterdam committee, can be seen in the range of new commissions by artist-filmmakers Paul Rooney, Seamus Harahan, Elise Florenty & Marcel Türkowsky and curatorial organisation CIRCA Projects – whose curated programme includes work from Bedwyr Williams – and UK premieres from artists Ben Rivers, Renate Lorenz & Pauline Boudry and Pacho Velez.

The festival will weave its way around the market town with works sited in art spaces and historic buildings, including a former ice house, a gunpowder store and the medieval fortifications.

The border context of this most northern of England’s towns can be seen in the range of works dealing with site, multiple realities and the curation of works that have been filmed in Northumberland-itself and Scotland. These include Kathleen Herbert’s film and installation A History of the Receding Horizon, set in Kielder Forest, and Grace Schwindt’s live broadcast from an isolated Shetland lighthouse.

Paul Rooney, who is the festival’s 2015 artist in residence, has turned his attention to the nearby Holy Island of Lindisfarne where Roman Polanski’s 1965 psychological comic thriller Cul-de-Sac was filmed. Returning to the film and to the site to create a new work that blends reality and fiction, Rooney’s Still at Large gets it premiere in Berwick’s Custom House.