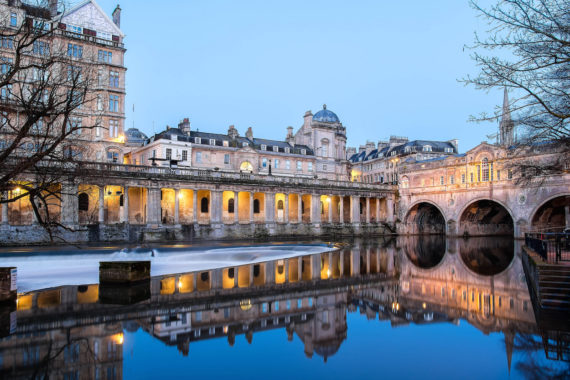 Bath Council has announced that it is closing its Arts Development service, citing ‘exceptional challenges’  and pressures to its budget, including the need to make savings of £16m by 2020.

The action will reportedly save £78,000 and result in two redundancies, with the service one of several that will either be significantly reduced or cease. The phased closure will begin on 3 December 2018, with the service set to completely shut on 8 February 2019.

A spokesperson for Bath Council said: “We are proud of what the service has achieved and of the benefit to residents created by the many organisations, festivals and projects that the Council has supported since the inception of the service in 1996.”

A number of the area’s arts professionals and organisations have heavily criticised the move, which comes just a year after the council cancelled a popular small arts grants programme.

Luke John Emmett, director of Theatre Bath and the Theatre Bus Bath, described it as “a very sad day for the arts in Bath and one I’ve dreaded for a while and have consistently fought against for the last three years”.

Further comment was made on the Theatre Bath Twitter feed: “The arts budget is already gone… this marks the final nail in the coffin.” In protest at the decision, Theatre Bath is calling for a silent demonstration on 31 October, to coincide with the next Bath Council cabinet meeting.

A Facebook page has been set up and the organisers are urging those attending to: ‘Be creative. Bring signs and banners. Make them Halloween related. Maybe even use puns or funny messages.’

Others attacking the decision by Bath Council include children’s author and judge of the Bath Novel Award Anthony Burt. He tweeted: “Seriously, what the hell is going on in Bath? What are @bathnes thinking (or not thinking, more like)?!? Do I need to come back up there, knock some heads together and sort this out, hmm? Do I?”

Phil Castang, director of creative learning and engagement at Colston Hall, Bristol’s largest concert hall, said: “I worked very closely with the arts development team over many years and they did a great job. Unfortunately Bath relies too heavily on heritage at the expense of the arts.”

As Arts Professional reports, the announcement comes as the West of England Combined Authority, which encompasses Bath and North East Somerset, Bristol, North Somerset and South Gloucestershire, is developing a new culture strategy.

Due to released early next year, it will cover the arts, museums, libraries and heritage, emphasising the importance of the ‘visitor economy and the diversity of cultural activity in the West of England’.