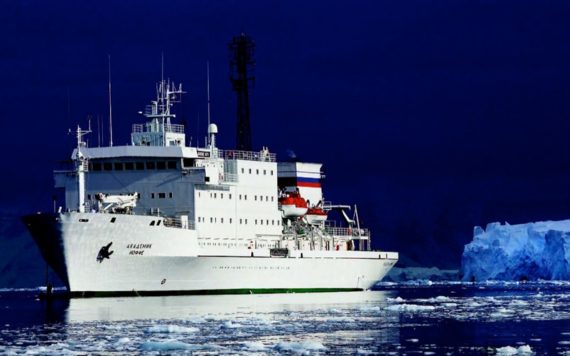 Looking for a large white space to exhibit? A new open submission is offering one successful artist the biggest of them all.

The inaugural Antarctic Biennale has announced an open call for a new artwork to be realised in Antarctica. Open to artists who are under the age of 35, there are no restrictions on the type of medium applicants can use or the number of project submissions artists can make.

However, the biennale does warn that artists should consider how severe the weather conditions can be in Antarctica. It also stipulates that ‘installation on Antarctica shore, land, ice, or water or any other place outside Biennale’s expedition vessel shall take only up to one hour’.

Artists are also asked to consider the ecological compatibility of their work. Principally, this means no materials will be left behind once the biennale has finished. There is also the option of exhibiting onboard the biennale’s expedition vessel.

The initial stage of the process will see 15 finalists announced – somewhat fittingly at this year’s Frieze Art Fair – who will participate in a group exhibition at the Antarctic Pavilion at Venice Biennale in the summer of 2017.

Of this shortlist, a winner will be chosen in December 2016 to join a group of selected artists – including Tomás Saraceno, Hani Rashid, Matthew Ritchie and more – on the polar research ship Akademik Ioffe. They will depart from Ushuaia, Argentina for the Antarctic Circle to realise their projects.

The winner will also receive $1000 to be used to cover the art object freight, insurance, installation, dismantling, and transportation  costs.

Explaining what makes this biennale different, the biennale’s commissioner, Ukrainian multidisciplinary artist Alexander Ponomarev, said: “Instead of the usual national pavilions—the icy inaccessibility of the Antarctic continent. Instead of pompous apartments and hotel rooms—ascetic cabins.

“Instead of chaotic creative wanderings, through receptions and tourist filled streets—a dialogue with big nature and an explosion of consciousness facilitated through the dialogues with scientists, futurists, and technological visionaries.”

25 August, Chris Sharratt writes: Since the Antarctic Biennale’s open call announcement it has been reported that Defne Ayas, director and curator at the Witte de With Center for Contemporary Art, has withdrawn from the biennale’s artistic advisory board.

Writing on Facebook, she expressed her dissatisfaction with the open call, claiming that key decisions were not approved by her, including its overall framing, the announcement text, and the open call’s age limit.

a-n News contacted the biennale for confirmation of Ayas’s withdrawal. A spokesperson said: “We cannot confirm Defne Ayas stepping down because the completing of the Advisory Board is still in negotiation.”

After pointing out that Ayas, along with other advisory board members, were included in the initial announcement and are listed on the biennale’s website, the spokesperson added: “…we do place the images of the Advisory Board on it [the website] but we cannot confirm who exactly will take part in the open call jury. The official list of the advisory board members and their involvement in the project will be announced later.”

The biennale has since removed the names of open call jury members – apart from biennale commissioner Alexander Ponomarev – from its official announcement. It has also removed the names of confirmed artists, featured above, who will be taking part in the biennale. The spokesperson said that a full list of participants will be announced in December.