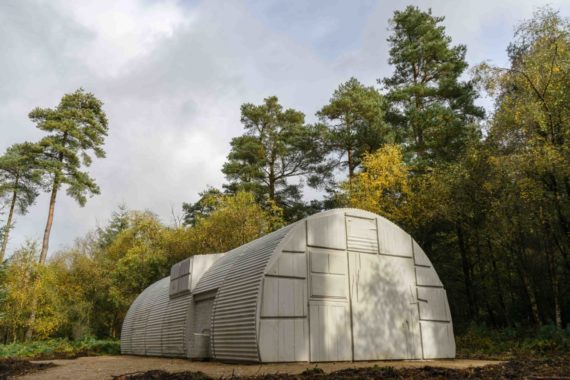 Turner Prize-winning artist Rachel Whiteread has revealed a new artwork that has been created especially to mark the centenary of the Forestry Commission. The new sculpture, entitled Nissen Hut, is the artist’s first permanent public sculpture in the UK, and follows her trend for turning negative spaces into solid forms.

Located in Dalby Forest in Yorkshire, the work is part of 14-18 NOW, a UK-wide arts programme marking the first world war centenary. The concrete structure was made from a cast of the interior of a Nissen Hut, which were steel structures used during the war for various activities, including workshops, field hospitals, housing and churches. 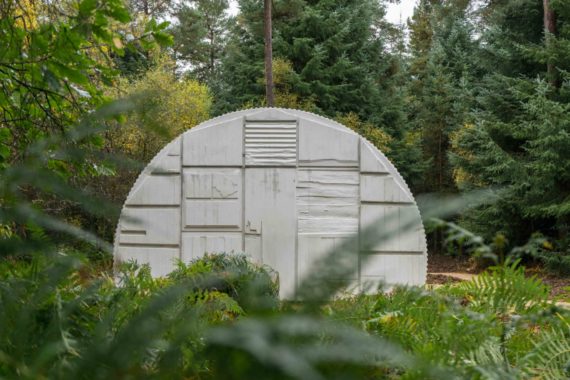 Following the war, they were used by the Forestry Commission to house labourers who were working to replenish the country’s timber reserves, which had been significantly depleted. Dalby Forest itself was the site of mass tree planting during the 1930s.

Explaining the importance of the artwork, Whiteread said: “Nissen huts are an indigenous part of our post-war architecture. Placing this sculpture deep in the heart of Dalby Forest will lead visitors on a journey of discovery to its final resting place, a quiet memorial to these extraordinary structures.”

“Whiteread’s sculpture is a moving testament to the lasting relationship we have had with our changing landscapes over the past century, and I look forward to seeing it evolve across the seasons as the forest continues to grow and change around it.”

Earlier this year, local residents complained about the siting of the sculpture. Nicky Wearmouth from nearby Low Dalby told the BBC: “A structure like this – a bit like a bus shelter in an inner city – will attract litter, graffiti, urination and the like.”

Rachel Whiteread: Nissen Hut is open to the public from 10 October 2018 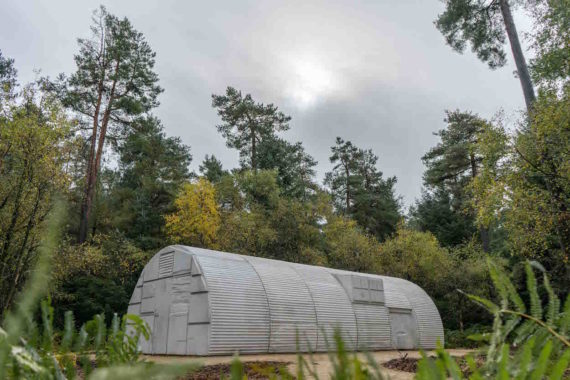