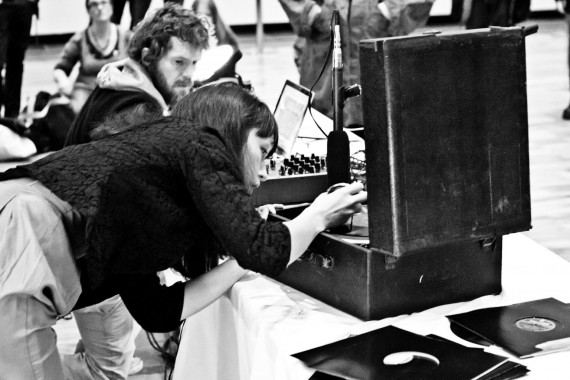 The annual ‘Frieze week’ is back, with many of the world’s key commercial contemporary art galleries setting up in Regent’s Park, London for the Frieze art fair, and much of the capital’s art community responding with exhibition openings, events and viewings for collectors. The ICA, for instance, has joined up with K11 Art Foundation to present the Frieze ICA Bar, with music and events throughout the week.

A raft of other art fairs are also taking place across the city, hoping to take advantage of the buzz and excitement that Frieze is still able to generate. For all the fun of the fair, read on…

Presenting the work of over 1000 international artists and featuring more than 170 galleries from the well-established to emerging spaces, you can see why Frieze bills itself as ‘the contemporary art event of the year’. As usual, Frieze Projects presents a programme of artists’ commissions, plus the addition of the artists’ film programme and talks. New this year is ‘Frieze Sounds’, a programme of sound works featuring three specially-commissioned audio pieces by international artists.
Wednesday 14 – Saturday 17 October, Regent’s Park, London NW1. friezelondon.com

Offering a contemporary lens on historical art, Frieze Masters is located just 15 minutes walk away from the main attraction. Featuring over 120 of the world’s leading galleries, all the work featured was made before the year 2000. Galleries presenting work include Gagosian, Timothy Taylor, Hauser & Wirth and Lisson Gallery.
Wednesday 14 – Sunday 18 October, Regent’s Park, London NW1. friezemasters.com

The Other Art Fair

Returning for its 10th edition, The Other Art Fair is once again taking place at East London’s Old Truman Brewery. Featuring over 130 artists, the focus is on emerging and undiscovered talent, and with prices starting at just £50 it is aimed at first-time art buyers as much as established collectors.
Thursday 15 – Sunday 18 October, Old Truman Brewery, London E1. theotherartfair.com

With a title that references the 54 countries that constitute the African continent, this fair aims to provide a platform for artists and organisations involved in what the organisers describe as ‘African and Africa-related projects’. Initiated by Touria El Glaoui this, its third edition, sees the fair return to Somerset House following a debut New York event earlier this year. It’s the biggest fair yet, with 38 exhibitors showcasing work by over 150 artists.
Thursday 15 – Sunday 18 October, Somerset House, London WC2. 1-54.com

This annual fair organised by the auction house Christie’s is devoted exclusively to contemporary art in editions and features a wide variety of multiples, including prints, artists’ books, photographs and 3D works. A number of high-profile galleries such as Flowers and Modern Art Oxford are represented, as well as artist-led spaces including London’s Bearspace.
Friday 16 – Sunday 18 October, Christie’s South Kensington, 85 Old Brompton Road, London SW7. multipliedartfair.com

Pavilion of Art and Design (PAD)

Covering 20th Century art, design and decorative arts, PAD features 62 exhibitors, 15 of which are new to the fair this year. The ninth edition introduces a colourful panorama of Asian and Islamic art with the arrival of Michael Goedhuis, while Alexis Renard will be showing pieces from India and Persia ranging from 10th century terracotta to 18th century gilded works on paper. Other exhibitors include Mazzoleni Art, Finch and Co, Gordon Watson, David Gill Gallery and Rose Uniacke.
Wednesday 14 – Sunday 18 October, Berkeley Square, London W1. pad-fairs.com/london

If all the above still doesn’t do it for you, fear not. Taking place several days after Frieze week, the Affordable Art Fair pops up in Battersea from 22 October. Claiming to be London’s ‘friendliest art fair’, it showcases 120 British and international galleries, with prices capped at £5000.
Thursday 22 – Sunday 25 October, Battersea Evolution, Battersea Park, London SW11. affordableartfair.com