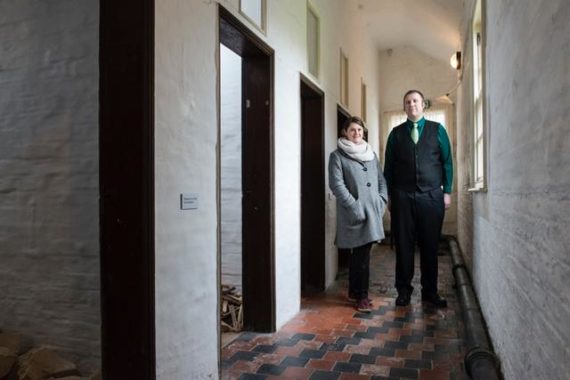 Northumberland-based organisation Arts & Heritage has received £248,436 in funding from the Arts Council England’s Museum Resilience Fund for the second phase of Meeting Point, a project bringing together museums and contemporary artists across the North East, North West and Yorkshire.

Over the next two years, ten museums will take part in a programme of learning including workshops, visits to artists’ studios and galleries, and meetings with curators. This will culminate in each museum working with an individual artist, commissioning a new piece of work directly inspired by the venue and its collections.

Andrea Hawkins of Arts & Heritage said: “Meeting Point is as much about the learning process as the final result. Each museum is supported throughout the project and introduced to artists who work in a variety of disciplines.

“The idea is that at the end of the project, both the venues and the artists will have gained knowledge and skills and will be confident in commissioning new artwork again in the future.”

Venues that have already taken part in the pilot phase of the scheme include Morpeth Chantry Bagpipe Museum, the Head of Steam in Darlington, The Workhouse Museum in Ripon, Shandy Hall in Coxwold, and Pannett Art Gallery in Whitby. Each museum has commissioned a new work which has already gone on show at the venue, with a further four museums set to reveal their commissions later in the year.

Examples of the artworks already on show include Cath Campbell’s installation at the Head of Steam, Darlington Railway Museum. She created architectural replicas of train stations, inspired by a 19th century school girl’s diary recounting a voyage with railway pioneer Robert Stephenson.

Catherine Bertola’s work at The Workhouse Museum in Ripon will show what life was like for people forced to live in the workhouse through three sculptural installations and a series of performances.

Director of Arts & Heritage, Timandra Nichols, commented: “We’ve supported and worked with nine small and medium-scale museums in the North East and Yorkshire during 2015/16 to create a series of exciting new ways of experiencing and looking at their collections. Now we will be able to expand the project to reach more museums across the North.”

The ten museums taking part in phase two of Meeting Point will be selected in collaboration with museum development managers for the north of England.