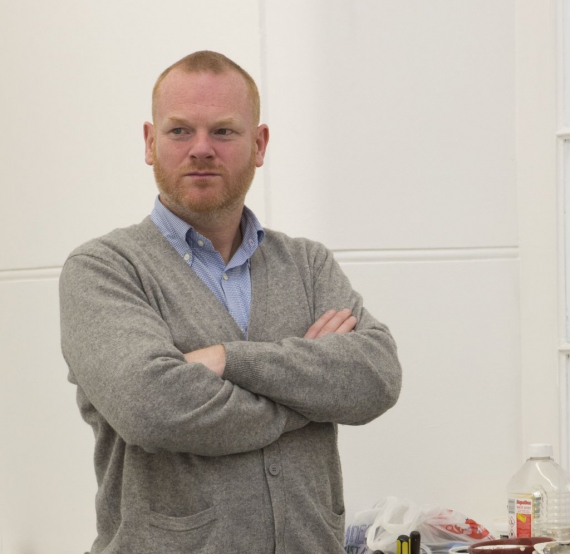 The painter George Shaw, who was nominated for the Turner Prize in 2011, has been announced as the National Gallery’s ninth Rootstein Hopkins Associate Artist. The scheme, which enables a leading contemporary artist to work with a collection of paintings that were made before 1900, is by invitation and for a period of two years.

Shaw is known for working with Humbrol enamel paints, usually used for painting model trains, and his subject matter is often the council estate and public spaces where he grew up in the suburbs of Coventry. He will be given a studio based in the National Galley for his period as associate artist and will make new work that responds to the National Gallery Collection.

Born in 1966, Shaw visited the National Gallery in his youth – he would arrive early to miss the crowds and draw work from the collection in his sketchbook. “When I was offered the chance to be the Associate Artist at the National Gallery I couldn’t believe my luck,” said Shaw.

“I first thought how excited I would have been as a teenager to have been given the chance – and how I probably would have wasted it anyway! I still have my Thames and Hudson book on the National Gallery (345 illustrations, 75 in colour!) that my mum gave me for a birthday present in the early eighties.”

The purpose of the associate artist scheme is to demonstrate the continued influence of the Old Master tradition on contemporary painting. “As a painter you cannot escape the bullying hands and eyes of the great painters,” said Shaw.

“Titian is not a teacher in the way that other painters can be but a mirror in which your own cowardice, hesitation and embarrassment are reflected back. You can’t learn anything from him and yet I always feel I’m on the edge of knowing just a little more. The Death of Actaeon has hypnotized me since I was a teenager.”