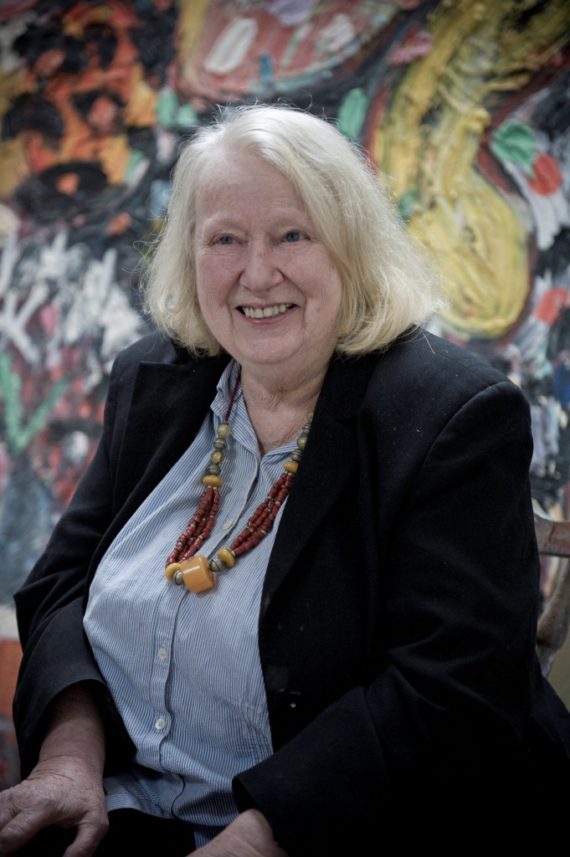 The British artist Gillian Ayres, known for her abstract paintings and prints, has died aged 88.

Announcing the news on its website, Alan Cristea Gallery said ‘It is with great sadness that we report the death earlier today (11 April 2018) of Gillian Ayres peacefully in hospital in North Devon. Our thoughts are with Gillian’s family and friends.’

Ayres was born in 1930 and studied at Camberwell College of Art between 1946-50. Following a period working in London, she later lived and worked in Wales before moving to Cornwall. She was best known for her large, vibrantly coloured and often richly impastoed abstract paintings.

Her first solo show was at Gallery One, London, in 1956 and her work featured in several important groups shows in the 1960s including Whitechapel Art Gallery’s exhibition ‘British Painting in the 60s’.

Ayres taught at Winchester School of Art, St Martin’s School of Art and the Royal College of Art and was made a Royal Academician in 1991. She was Turner Prize nominated in 1989 and received a CBE in 2011. 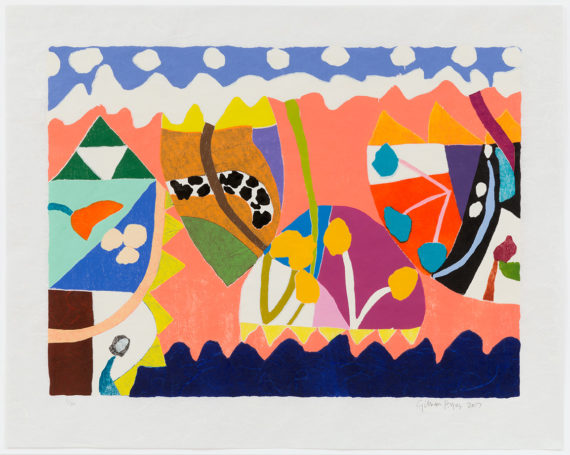 Alan Cristea, who worked with Ayres for over twenty years said:

“As a female abstract artist working in the UK, Gillian Ayres, was way ahead of her time and the vast majority of her male counterparts but of course, for her, gender was an irrelevance. She was an artist, pure and simple, and resisted all attempts to be classified as some kind of feminist, artistic beacon for younger generations.

“Certainly there were comparisons to be made early on with American abstract art but she always pursued her own creative path. She was immensely courageous, independent and determined in both her art and her lifestyle.

“I worked with her for the last twenty years of her life – I wish it had been longer – and we staged seven exhibitions of her paintings, works on paper and prints during that time. Every one of these shows was a life-enhancing experience since her exuberance and her strength imbued all of us at the gallery and visitors alike.

“I will treasure the memories of these exhibitions and of our frequent visits to her house and studio on the Devon/Cornwall border where we were always treated to lavish meals, large doses of champagne and riveting anecdotes delivered through clouds of cigarette smoke. She was a joy. I loved her to bits and will miss her enormously.”