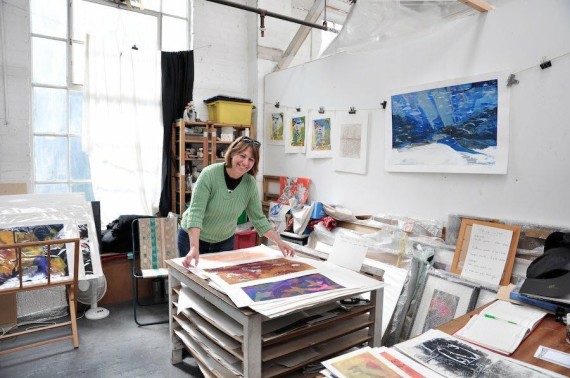 The London-based artist and curator Gillian Best Powell has died at the age of 60 following a short illness, her family have announced.

Best Powell was born and grew up in Uruguay, where she also studied drawing and oil painting at the Atelier Egardo Ribeiro. She went on to study Fine Art at the University of Washington, Seattle, USA, before moving to London and co-founding Cor Blimey Arts and Core Gallery in Deptford.

In 2012 she partnered with Nolia Devlin of Nolias Gallery and Nolias 11 Jazz Club to organise and curate exhibitions. She held studios at various locations across London, including at APT in Deptford.

Artist Elizabeth Murton, who had a studio and worked with Powell at Cor Blimey Arts, said: “Gillian was one of those important and special people who kept art circles moving through love and hard work. She supported many of us and helped us develop through providing studio space at Cor Blimey, exhibition opportunities with Nolia’s, as a trustee of Deptford X and enabling the Core Gallery initiative.

Cor Blimey was more than the sum of its parts and with her friendly, generous, open and giving nature, Gillian was the backbone. And she was an artist herself; many enjoyed and purchased her silk-screen prints. Cor Blimey was my first permanent studio post uni and provided a supportive environment and a place to grow. Gillian worked with and supported so many and will be sorely missed.”

Best Powell’s family are planning an exhibition of her work in her memory. Full details will be released in due course.