Gillian Wearing: "You see what connects us all, as well as our differences” - a-n The Artists Information Company 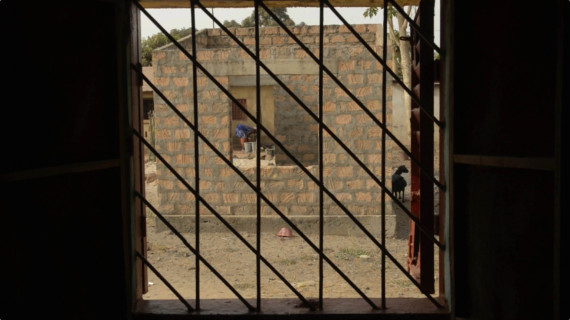 A Room with Your Views is a major new work by Gillian Wearing that subtly resonates long after a first viewing. Consisting of nearly 700 moving image “views” from windows around the world, it offers intriguing glimpses of ordinary lives in their myriad variety. Each clip lasts from four to 12 seconds, always beginning with the window obscured by blinds, curtains and drapes, which are opened to reveal a tiny corner of the world beyond.

It’s a relatively simple idea that works fantastically well. Wearing made a call-out for submissions and received an incredible volume of responses. “I spread the net really widely, and we have ended up with submissions from 167 countries, out of a total of 195 recognised independent countries,” she says with great satisfaction. 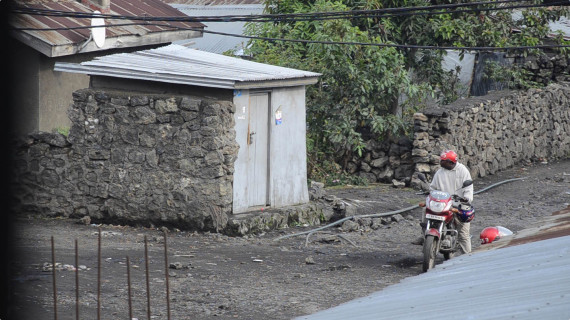 “There are a lot of UK views, because I’m based here, and a lot from the USA, but there is an incredible variety, from a glacier in Alaska to a view of the Syrian border from a refugee camp, to a brick wall in Nottingham.”

The work’s power is in part gained from this accumulation of mass. Sit down and glimpses of life from around the world will flash before your eyes: San Diego, California; Sydney, Australia; Brooklyn, USA; St Asaph, Wales; Sao Paulo, Brazil; Phnom Penh, Cambodia, and many, many more.

There is a rich mix of idyllic landscapes, urban grit, suburban greenery, busy traffic, early morning people, bicycles, tuk-tuks, cityscapes and snowscapes. It is all backed with an ever-changing soundtrack created by the short films themselves: singing birds, cars zooming and wind beating rain against windows.

There are blue skies, grey skies, and no skies; night views and sunsets; flowered curtains, rough drapes, rickety blinds and industrial shutters. It is mesmerising, hypnotic and engrossing. The whole film is around two hours long. 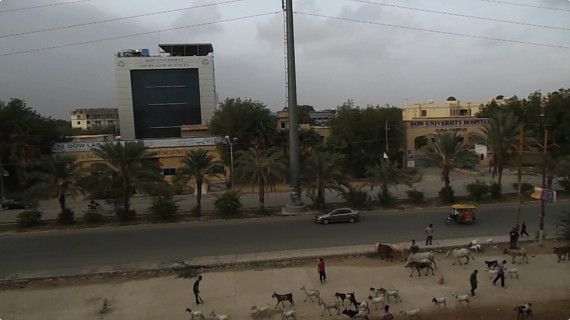 “I’ve really enjoyed it but it’s been exhausting,” Wearing says. “I only had two weeks of editing time which wasn’t quite long enough. I’ve been working up ’til the last minute, getting up in the morning, downloading submissions and then going to the studio. It’s been a lot of late nights for me working with an editor to put them all together.”

Using a very open process, the curating of which films to use was surprisingly minimal. “I tried to include as many as possible and the edit also had to work for rhythm and timing,” explains Wearing. “It was mostly for technical reasons that we rejected some. First of all, the films had to be landscape and some were sent in portrait format, so we couldn’t use them. And sometimes the camera was too shaky.”

The root concept of the piece is a simple one. “It’s about the world becoming much smaller,” says Wearing. “When you watch the piece, you are transferred from one country to another very quickly. You see what connects us all, as well as our differences.” 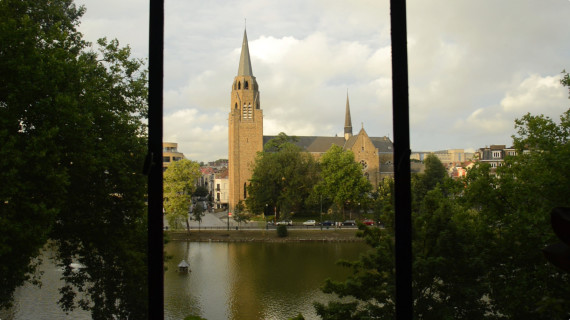 Wearing, who won the Turner Prize in 1997, has been exploring the disparities between our public personas and private lives for two decades. She describes her working method as “editing life”, using photography and video to record people’s confessions, and reveal how we present ourselves to the world. A Room with Your Views very much sits within that framework as part of her body of work.

“All my work is about collaborating with people,” she says. “When I initially started, I was scared that no-one would participate. It looks straightforward but it isn’t – it’s really complex. You have ideas and sometimes they don’t work out because you’re reliant on other people. The pleasure in working this way is the chance element, that you never really know exactly how it will turn out.”

But what Wearing has often found is that the project grows and becomes better thanks to her way of working. “When you invite participation, the project can become bigger than your imagination.” 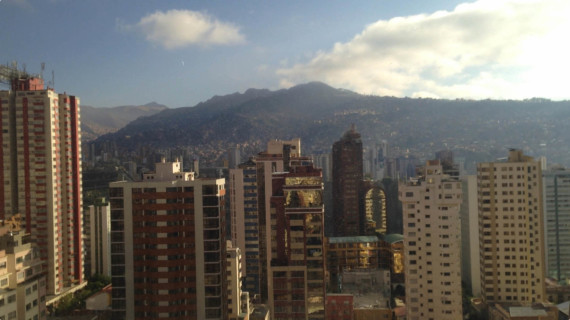 A Room With Your Views is co-commission from Brighton Festival and HOUSE 2016. It continues at University of Brighton Gallery, Brighton until 29 May 2016. arts.brighton.ac.uk