Glasgow School of Art: what was lost (and saved) in the fire - a-n The Artists Information Company 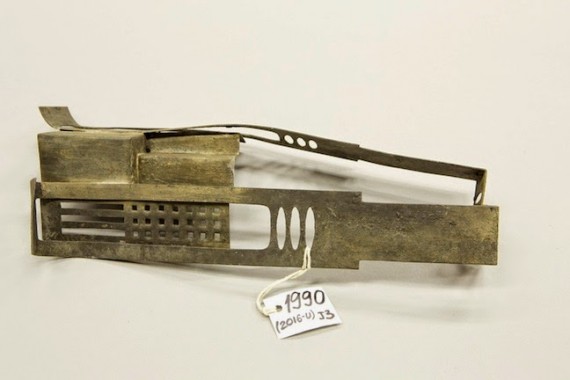 Details of the items that survived last May’s major fire at Glasgow School of Art’s Mackintosh Building have been revealed following 12 weeks of detailed work by forensic archaeologists.

Among the items that have remained intact following the fire, which quickly engulfed the west wing of the building destroying its wood-paneled library, are rare books, parts of the studio clock and its mechanism, and the metal elements from the lamps in the building’s distinctive central light fitting.

The majority of the paper archives and artworks on paper – which include over 100 works by Charles Rennie Mackintosh – were unharmed by the fire. The large plaster cast collection has suffered some smoke and water damage but is mostly intact. One piece was damaged beyond restoration.

The work by Kirkdale Archaeology also revealed that about 8000 books and journals have been lost, including some from the school’s rare book collection. Also destroyed in the fire were around 90 oil paintings including two by Mackintosh.

“We are obviously devastated to have lost anything from our Archives and Collections in the fire,” said Tom Inns, director of Glasgow School of Art.

“Fortunately the vast majority of the artefacts survive including all the works on paper by Mackintosh and many of the most important pieces of furniture, some of which are now on display in our new Furniture Gallery.”

“We are still awaiting the final reports from the survey, but we are delighted that the majority of the pieces making up the intricate metal lanterns from the iconic light fitting have been found along with books from the rare book collection which can be conserved to some degree, parts of the studio clock and of the original library chairs and periodicals desk.”

All the contents of the building’s east wing, which the blaze didn’t reach, were removed to safe, offsite storage immediately after the fire.

Inns added: “All of the surviving material is now stable and secure. It will be reviewed by expert conservators as part of a recovery programme which will take place over the next three years.”

For more information on Glasgow School of Art’s archives and collection, visit www.gsa.ac.uk/archives