Grayson Perry: “I’d like the power to say, no, that’s no longer art” - a-n The Artists Information Company 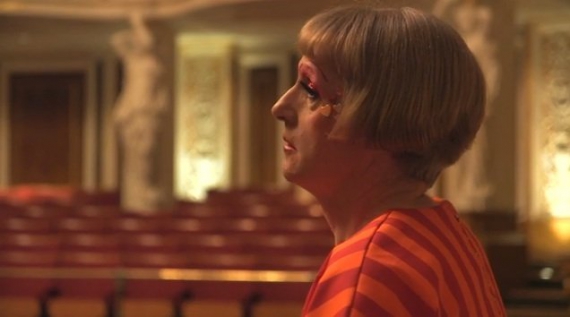 The second of Grayson Perry’s Reith Lectures for BBC Radio 4, titled ‘Beating the Bounds’, saw the Turner Prize winning potter exploring what makes something art. Speaking at Liverpool’s St George’s Hall, Perry’s half-hour lecture challenged the Duchampian idea that anything can be an art work and defended decorative and traditional art.

Drawing a line from Duchamp’s 1917 urinal to the present day via Rauschenberg’s Portrait of Iris Clert, Warhol’s Brillo boxes and Piero Manzoni’s Artist’s Shit, Perry concluded that trying to define what contemporary art is now is a bit like using a cheap dustbin liner, in that you’re not sure “if everything is going to fall out of the bottom.” He presented this fluid idea of what makes something art as problematic, not least because what has become attached to it is an idea of amateurishness and a denial of craft.

With the help of a whip for effect, Perry proceeded to lightheartedly ‘beat the bounds’ of contemporary art, providing an eight-point criteria, starting with ‘Is it in a gallery/art context’ and also including: ‘Is it a boring version of something else’; ‘Is it made by an artist’; ‘The limited edition test’; and ‘The handbag and hipster test’. The latter, said Perry, was based on the notion that if the people gathered around a piece of work were oligarch’s wives with expensive handbags and beardy blokes who ride single gear bikes, then it’s probably art.

The tone throughout was, like his first lecture, witty and relatively light, and Perry again presented what amounted to an outsider’s view of the contemporary art world, attacking it for what he described as its snobbery towards more traditional forms of art, and in particular its attitude towards craft: “They think it’s like the suburbs, something to drive through on the way to their second home.”

While accepting that modernism had changed the very nature of art, and that the boundaries of what makes something art were now fuzzier and less clearly defined than ever, Perry explained that he was emotionally attached to a more traditional, pre-modernist notion. Ultimately, he said, he’d like to turn Duchamp’s idea on its head.

Listen to the lecture in full here.

Grayson Perry: “In art, seriousness is the most important currency” – Chris Sharratt reports on the first Reith Lecture