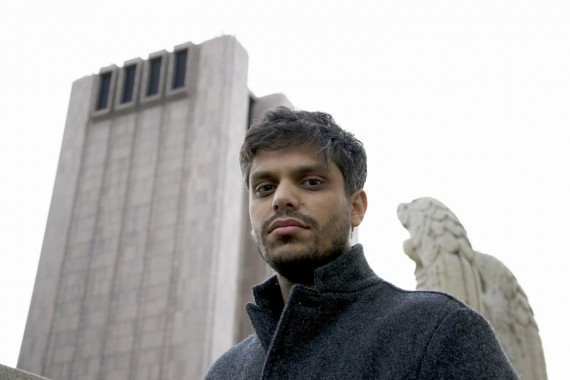 The London-based artist Haroon Mirza has been awarded the $50,000 Calder Prize, the biennial award given to artists influenced by the late American sculptor Alexander Calder (1898-1976).

Backed by the Calder Foundation and the New York-based Scone Foundation, in addition to the cash prize Mirza will also undertake a residency at the Atelier Calder, in Saché, central France. This will be the second time Mirza has been involved with the Atelier Calder residency programme, having previously completed a residency in 2013 that culminated in the sculptural performance work, The Last Tape.

Mirza is known for his sculptural and sound work, and in particular his use of both analogue and digital technologies to create immersive installations and kinetic sculptures. He was previously based in Sheffield and in 2010 won the Northern Art Prize. In the same year, his work was featured in British Art Show 7.

In 2014, Mirza received the Nam June Paik Art Center Prize. At the time, the jury commended him for his  ‘remarkably cross-disciplinary work, traversing sound art, installation art, video and performance, seamlessly drawing on various elements of art and technology’.