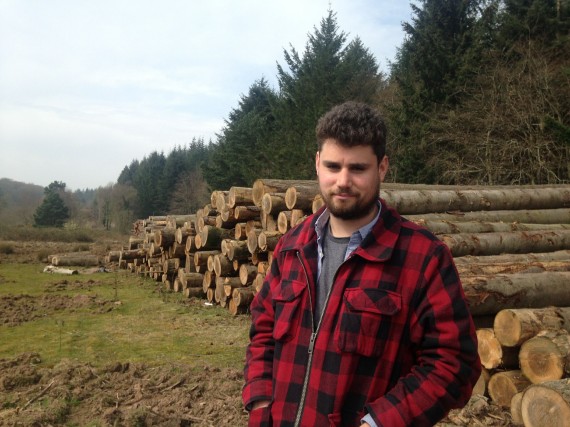 Henry Castle has been selected to develop a major new artwork for the Forest of Dean Sculpture Trail. The new work is due to be completed and open to the public in early summer 2016.

Castle, who has previously won commissions from Jupiter Art and the Landmark Art Prize, will produce his work on the site which is situated on the English and South Wales border.

Castle said: “Having made so many discoveries already about the history and the geology of this incredibly interesting place I am very much looking forward to spending a great deal of time in The Forest during the coming year and seeing what other secrets it throws up, as the work moves forward.”

The project is managed in partnership with the Forestry Commission and is the first in a series of four artworks planned for the Trail. It follows investment from Arts Council England, Esmée Fairbairn Foundation and Gloucestershire Environmental Trust.

Andrew Stonyer, chair, Forest of Dean Sculpture Trust, added: “Henry is a young artist who creates highly original sculptures that respond to their specific locations, revealing hidden aspects of place. Based on his initial proposal, the Trust are very excited by the prospect of a new work of sculpture that will resonate powerfully with the people, history and geography of the Forest of Dean.”