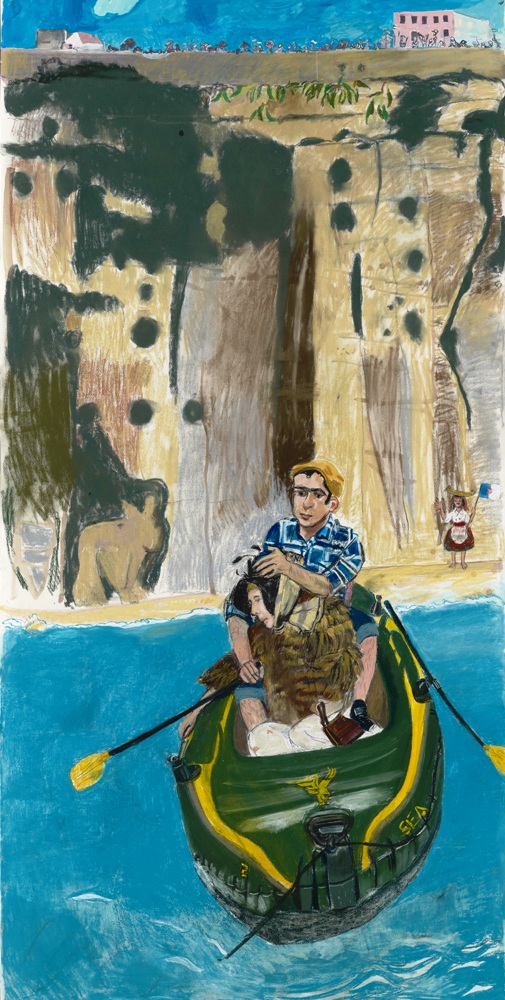 Art Happens campaign launched to bring exhibition of brand new Paula Rego work to Jerwood Gallery in Hastings The gallery is partnering with the Art Fund to raise the £25,000 needed to bring the artworks to Hastings, and has launched an Art Happens crowdfunding campaign.

Shia LaBeouf moves anti-Trump work to Liverpool Collaboration with artists Luke Turner and Nastja Sade Ronkko is now being exhibited at Liverpool’s FACT gallery. The artist group said in a statement: “Events have shown that America is simply not safe enough for this artwork to exist.” UPDATE: Since this article was published, the work has been taken down at FACT due to attempts to deface it).

Documenta CEO requests additional state funding Taking place in Athens and Kassel, Documenta 14 has a budget of approximately £30m. While the exhibition is largely dependent on sponsors such as Sparkasse Bank and VW, according to CEO and managing director Annette Kulenkampff, competing with sporting events has made securing funding increasingly difficult.

Artists and critics demand Whitney Biennial remove painting in open letter The work, Open Casket by Dana Schutz, is based on an historic 1955 photograph of the funeral of African-American teenager Emmett Till, who was brutally murdered in Mississippi in 1955 for allegedly whistling at a white woman. A picture of his disfigured body was published in Jet magazine and became a catalyst for the civil rights movement.

In fake letter, ‘Dana Schutz’ demands removal of controversial painting from Whitney Biennial An open letter purportedly written by artist Dana Schutz  demanding that her painting Open Casket should be removed from the Whitney Biennial, has been revealed as a fake after various outlets published it in the belief that it was genuine.

Monarch of the Glen saved from auction block after £4m fundraising drive Edwin Landseer’s grandiose work remains on public display in Scotland thanks to Lottery, Art Fund and public contributions. The work had initially been offered for sale at auction last November by its owner, Diageo, the multinational drinks company.

Squatters turn Manchester’s Cornerhouse cinema into arts space A group of around 20 men and women has taken over the former cinema building, which has been vacant since the venue moved to the new Home complex. They plan to put on film screenings, workshops and music events.

Man charged with vandalising painting by Gainsborough at National Gallery Conservators are assessing the damage to the paint surface after the painting was attacked with what it is believed was a drill bit. This caused two deep scratches, each about 75cm long, in a cross-shaped form in the lower-right corner of the canvas.