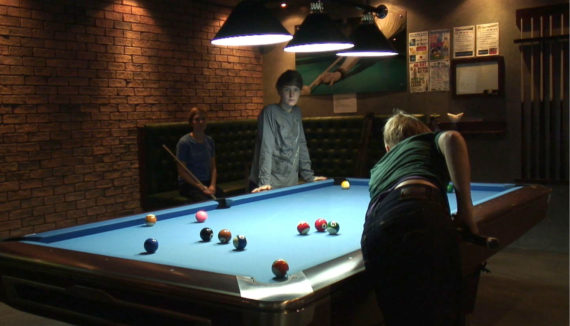 Pilvi Takala, Museum of Contemporary Art Kiasma, Helsinki, Finland
This exhibition by Finnish artist Pilvi Takala takes its name from the term ‘second shift’, a phrase describing unrecognised domestic work, primarily done by women and today more often referred to as ’emotional labour’. The exhibition features six video works, exploring the dynamics of work environments and focusing on emotional labour as an artistic method. Takala addresses the complexity in setting individual boundaries when common boundaries are unstable or unspoken of, and poses undercover to infiltrate various communities. In Players, for example, the artist portrays six poker professionals living in a Bangkok skyscraper.
Until 17 February 2019, kiasma.fi 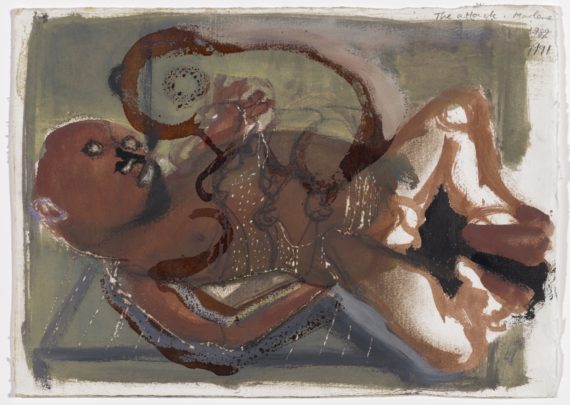 Worlds Within, Kunstmuseum Basel, Switzerland
Over four decades Betty and Hartmut Raguse-Stauffer, two Basel-based art enthusiasts, have built an imposing collection. Since 2014 they have donated around 300 works to the Kunstmuseum Basel’s Kupferstichkabinett (Department of Prints and Drawings). Key themes in the collection reflect the Raguse-Stauffers’ personal passions and interests; many works probe existential experiences such as love, death, and spirituality. In honour of the collectors’ generosity, the exhibition ‘Worlds Within’ features a selection of around 70 drawings and watercolors, including work by expressionist Emil Nolde, as well as artists such as Marlene Dumas, A. R. Penck, Jonathan Borofsky and Rosemarie Trockel.
Until 6 January 2019. kunstmuseumbasel.ch 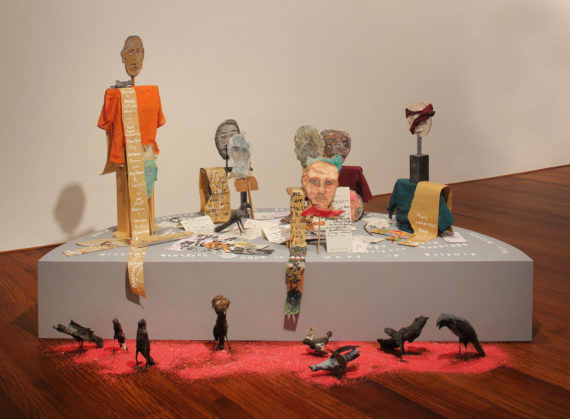 Anna Boghiguian, The Museum der Moderne Salzburg, Austria
An exhibition by the Egyptian-Canadian artist of Armenian origin, Anna Boghiguian, which sees a continuation of the Museum der Moderne Salzburg’s series of debut presentations by eminent women artists. Including mixed-media installation, this show initiates a dialogue between cultures and introduces visitors to perspectives that transcend conventional Western and often Eurocentric view points. The artist has also designed a new installation for the museum’s Rupertinum atrium, which remains on view for a full year.
Until 11 November 2018. www.museumdermoderne.at 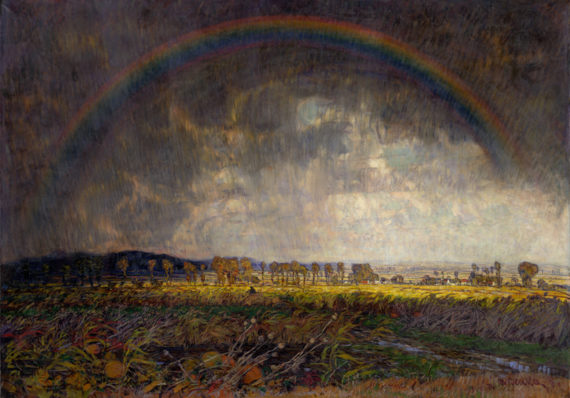 The Eights, Slovak National Gallery Bratislava, Slovakia
A series of three small exhibitions using a 3-metre high notice board to commemorate the anniversaries of the eights: February 1948, August 1968 and October 1918. Curated by Alexandra Kusá, the February board commemorated the 1948 Czechoslovak coup. For August through to September, Petra Hanáková curated the board to look closer at the Warsaw Pact invasion in 1968. In October Katarína Bajcurová will put together a selection of material overviewing the declaration of Czechoslovak independence in 1918, including a work by Slovak painter Martin Benka, After the Storm / The Rainbow (1918). Each exhibition deals with historical and theoretical questions about curatorship, exhibition typology, cultural politics and audience expectations.
Until 31 December 2018. www.sng.sk 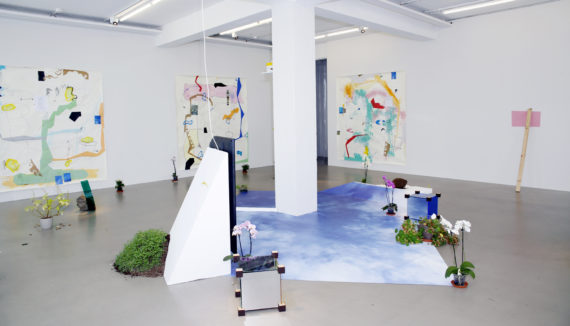 Páll Haukur Björnsson, Kling & Bang, Reykjavík, Iceland
An installation by Reykjavík-based Páll Haukur Björnsson, entitled Death of an object, which offers a fluctuating and a restless perspective on what the artist calls “unstable objects” intensified by the relations they share with each other and the bodies that visit them. With a focus on drawing and sculpture, as well as performance, Björnsson interrogates notions of meaning, asking what constitutes an object in space. The artist’s resulting installations are an aesthetic experience that ask viewers to situate and re-situate themselves in relation to what is coordinated and presented.
Until 7 October 2018. this.is/klingogbang 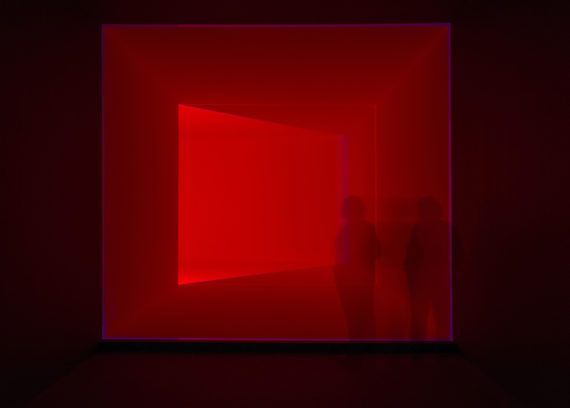 The Birth of Abstraction, Line and color in the IVAM collection, Institut Valencia d’Art Modern, Spain
An exhibition thematically and chronologically analysing abstract art practices developed in the post-war period to the present day, ‘The Birth of Abstraction..’ aims to unravel the works’ meanings and contradictions, in the process examining the techniques and procedures used by artists. Curated by José Miguel G. Cortés, Josep Salvador and Mª Jesús Folch, and including artworks by James Turrell, Antoni Tàpies, Lucio Fontana, the exhibition tracks emerging sensibilities in abstract approaches.
Until 21 October 2018. www.ivam.es