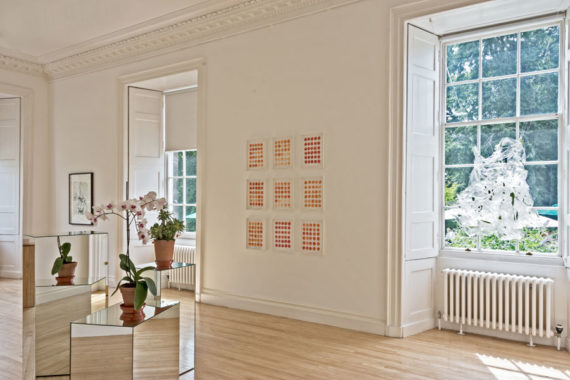 The Scottish culture secretary Fiona Hyslop has announced that she is to review the closure of Inverleith House gallery in the Royal Botanic Garden in Edinburgh.

The decision by RBGE – which is directly funded by the Scottish government – to close the gallery after 30 years of exhibitions has prompted a storm of protest from artists and those working in the visual arts.

A petition calling for the decision to be reversed has so far attracted nearly 9,000 signatures. Earlier this month an open letter signed by over 230 artists, gallery directors and celebrities added its voice to the protests, with signatories including Tracey Emin, Sir Nicholas Serota and Cindy Sherman.

A spokesperson from the Scottish government said that a meeting had been held between Hyslop and the chairs and chief executives of Creative Scotland and RBGE: “The meeting was constructive and discussions are ongoing. Ms Hyslop suggested Creative Scotland and RBGE form a working group with interested parties to look at the future of art in the Inverleith Gardens, and that suggestion has been taken forward.”

A spokesperson for RBGE said: “Following discussions between RBGE, the Scottish government and Creative Scotland it has been agreed to establish a short-life working group to advise the RBGE board on the strategic direction of its programme for arts and cultural engagement across RBGE that would include, but not be restricted to, exhibition making at Inverleith House.

“The group will be convened by an independent chairman and will be tasked with establishing a clear vision for the development of an arts programme that would align with and amplify the core mission of RBGE and that would be achievable and sustainable within the current financial climate.”

Inverleith House closed its doors as a gallery on 23 October 2016 at the end of the group show, ‘I Still Believe in Miracles’, which celebrated 30 years of exhibitions in the building.