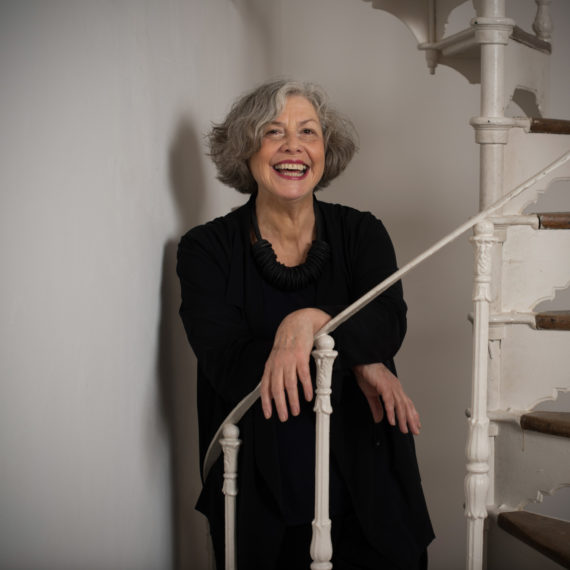 Jenni Lomax has announced that she will be leaving Camden Arts Centre after 26 years as director. She will step down in July 2017.

During her time at the north London gallery she has transformed what was a local arts space into an internationally recognised institution, hailed for acting as a platform for artists such as Martin Creed, Emma Hart and Mamma Andersson.

“When I started, the organisation was completely at a crossroads: it had lost half of its funding from Camden council and it was a great period of change and great challenge,” said Lomax, speaking to The Guardian.

“I feel very proud of where we are now and all we have achieved since then, seeing the place grow and becoming somewhere that I think a lot of artists feel is their artistic home.”

With a background that included experimental arts workshops for children, Lomax has integrated education at the heart of the Camden Arts Centre programme, which can be seen in the range of courses, family events and initatives such as the Youth Collective and the artist residency programme.

Under Lomax’s direction, Camden Arts Centre – now in its 50th year and based in a building originally opened in 1897 as Hampstead Central Library – underwent a £4.5m refurbishment in 2004 that modernised the Grade II listed building’s accessibility, while also adding a cafe and garden.

“It has been an amazing privilege over the past 26 years to work with so many artists, colleagues, supporters, friends and neighbours! All of whom have helped make Camden Arts Centre a special place and joy to work in,” said Lomax.

“Leaving is a big step but I am very much looking forward to pursuing personal projects and hope to be able to use my many years of experience to benefit the future of the arts and education.”

John Gill, chair of Camden Arts Centre’s board, said: “Jenni Lomax has created a centre, where art is made and exhibited, that has the respect and affection of artists and public alike. Her visionary leadership, and her skill as curator and educator, has established the reputation and influence of Camden Arts Centre internationally.”

The gallery is currently showing an exhibition by the artist Bonnie Camplin, who was nominated for the 2015 Turner Prize.