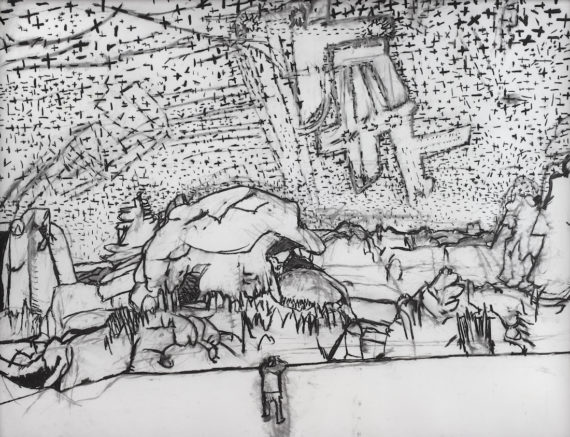 A tumble of rough terrain foregrounds a huge white sky crammed with crude black stars in Thomas Treherne’s large charcoal drawing. At the bottom, a small figure with a camera looks up, dwarfed by the vast surroundings he’s trying to capture. Surveying the diverse work in this year’s Jerwood Drawing Prize, I can’t help relating to his very human attempt to make sense of an expansive landscape.

Throughout its 22-year history, the prize’s deliberately fluid and provocative definition of drawing has earned a reputation for unpredictability. This year is no exception. 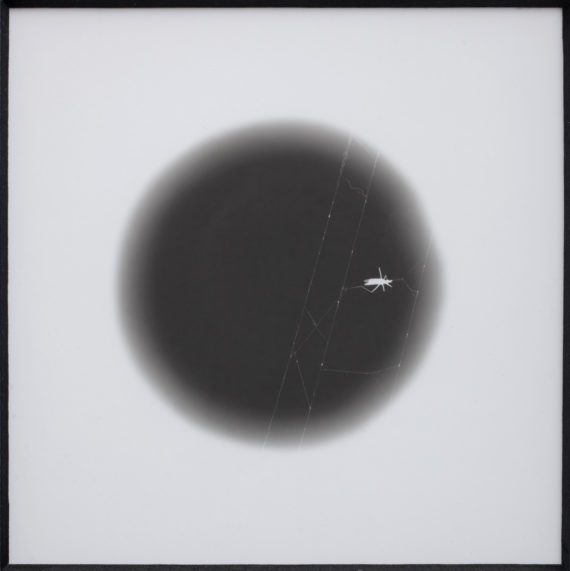 Starting in the foyer at Jerwood Space and spanning across two adjoining rooms, the sculptural and hand-drawn sit beside the digital; the intricate is juxtaposed with the spontaneous. Architectural, abstract and figurative pieces all feature.

Over an intensive two days, judges Stephanie Buck, director of Kupferstich-Kabinett at Staatliche Kunstsammlungen Dresden, Paul Hobson, director of Modern Art Oxford, and artist Glenn Brown chose 61 drawings by 55 artists at varying stages of their career. Despite their diverse selection, material and conceptual threads weave through the show, creating overlapping networks which connect the drawings. 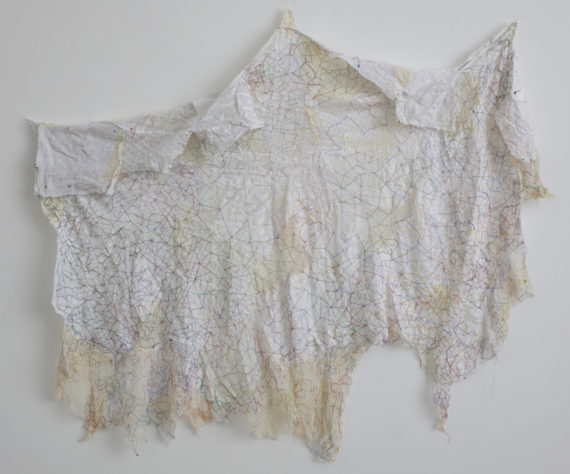 Eleanor Morgan’s delicate photogram of a fly caught in a spider’s web, The threads that touch, captures an inverted version of an everyday scene we might overlook. In Vandana’s The City of London, different coloured threads zig-zag and intersect across a frayed-edged, alcohol-soaked piece of material, forming a complex and sensual topography of the capital.

Materials are probed and stretched throughout the show. For the first time, a film has won the award. In Solveig Settemsdal’s absorbing nine-minute work, Singularity, white ink is suspended in a cube of gelatine. As the two materials react with each other, the ink blooms, pulses and dances, always transforming. 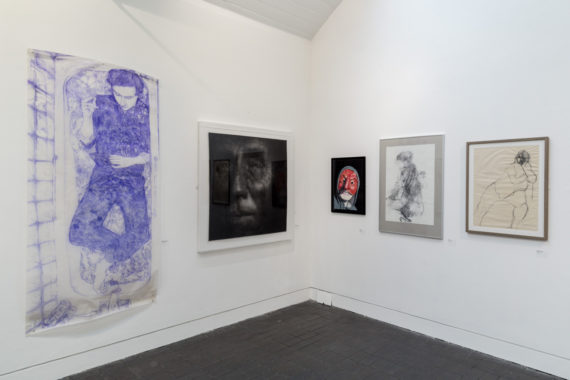 Kazuya Tsuji’s sculptural work, Solid I, saw the artist first cover paper in graphite, and then use the sheets to create elegant boxes that resemble weighty bars of metal.

Kate Fahey uses found images as her raw material in Cumulative Loss, a digital collage formed from appropriated media pictures of explosions in the Middle East. A plume of dark and dusty clouds emerges from the centre of the paper. Despite their apparent solidity, the clouds hint at instability and rupture, both in the violence of their creation and their fallibility as a source of truth. 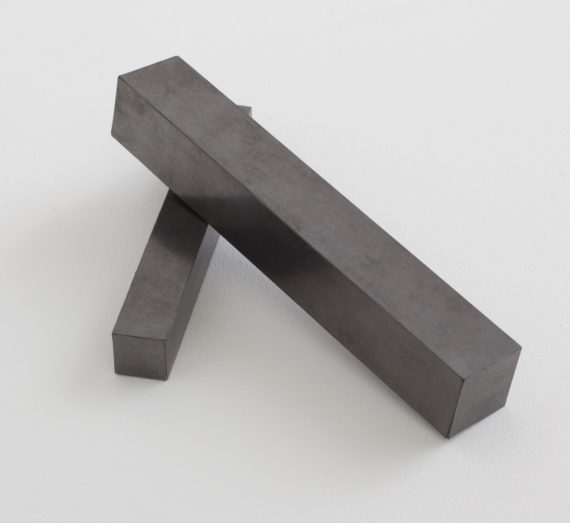 Student prize winner Amelie Barnathan confronts us with darkly surreal scenes in Unsolemn Ritual. Part of an ongoing study into collective female identity and informed by Greek mythology, we are drawn into the large-scale piece by multiple and interwoven narratives. Delicately depicted in girlish shades of pink, red and purple, adolescent females and fantastical creatures populate a dreamlike, or perhaps nightmarish, landscape: a shiny pool of blood spreads across the paper; a figure swings joyfully on a giant eyeball, tendrils flowing behind. 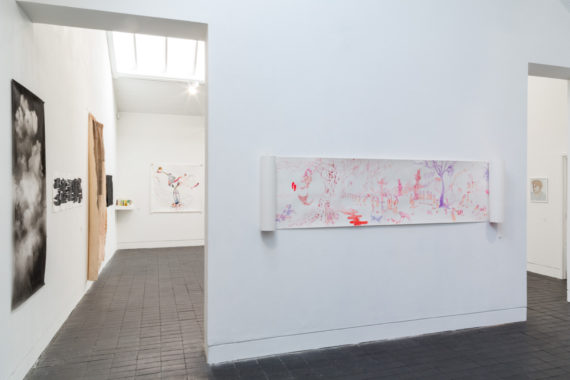 A cluster of more conventional portraiture includes Sid in Bathtub, a carefully observed study in blue ballpoint pen by second prize winner, Anna Sofie Jespersen. We look down at Sid lying in the bath, fully clothed, cigarette in hand, while he gazes casually towards his feet. The water’s jelly-like quality makes the piece visceral, almost tactile. But the unusual perspective speaks of distance and longing. 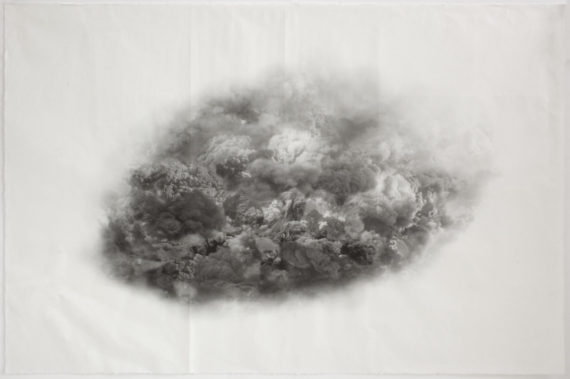 In contrast, That What They Would Do, student prize winner Jade Chorkularb’s five minute film, is all about brevity and immediacy. Her quirky, real-time drawings illustrate people’s humorous and poignant responses to the question ‘What would you do if you had an hour to live?’. Just as the drawings begin to take form, they’re gone; their expressive, messy, brief existence echoing life’s fleeting nature.

‘Drawings are special,’ says Stephanie Buck, ‘They mark and they outline, but they can also make us aware of the spaces between these dividing borders.’ The work in this show highlights the porous, ambiguous boundaries that the Jerwood Drawing Prize seems to revel in. Like the ink in Singularity, drawing constantly shifts and morphs, assuming new forms.