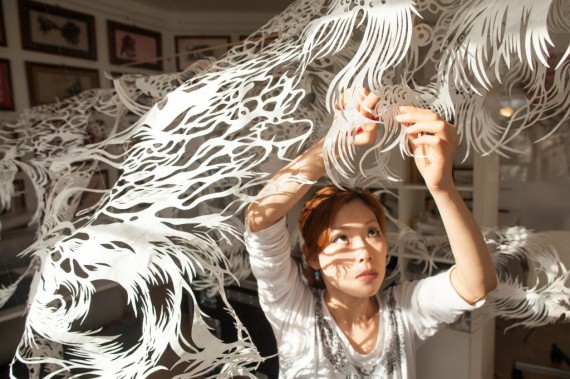 The five makers were selected in December from a UK-wide open submission process which attracted over 200 applications. Judged by designer Edward Barber, Stanley Picker Gallery Director David Falkner and Ceramic Review Editor Bonnie Kemske, each maker was offered a commission of £7,500, affording them the opportunity to freely develop new ideas central to their individual practice. The resulting works range from photographic and film installations to a 2.5m high paper sculpture.

“The commissions are curatorially open, and led by the artists’ ideas of what they most want to make in this context,” says Shonagh Manson, Director of the Jerwood Charitable Foundation. “As a-n has recorded, over recent years commissioning opportunities for artists have fallen, and artists are often under or unpaid for exhibiting. In this context Jerwood Makers Open, was created [in 2010] to support the making and exhibition of new works, financially and practically.”

Nahoko Kojima began practicing her contemporary version of kiri-e, the Japanese art of paper cutting, in 1987. Since then she has exhibited widely, co-founding the art, design and branding company Solo & Kojima that enables her to apply her extraordinary skills to contemporary problems such as environmental packaging, as well as pursuing her own artistic visions.

“Being a professional artist can often be a thankless pursuit,” she says. “But the patronage of organisations such as Jerwood has helped me to develop my paper cut sculptures and I am honoured by their belief in my goals.”

For emerging artist Roanna Wells, Jerwood Makers Open has helped her to take a huge step forward in her use of photographic source material. A 2009 graduate of Manchester School of Art’s BA Embroidery course, Wells usually translates found images from major global events onto fabric. For the Jerwood Makers Open she has been able to travel to India and directly commission aerial photography over the Kumbh Mela religious gathering.

The resulting works are a development of her Interpersonal Spatial Arrangements series which distill aerial photographs of crowds through needlepoint into abstract mappings. Tiny figures, dispersed like dust into a range of groupings, suggest an inherent fragility to human life on the planet. Each title allows us an insight into the nature of the gathering, be it a political rally, a drowning accident or a concert, enabling the viewer to make their own analysis of the political, social and cultural impetuses for these crowd formations.

“Being selected for the Jerwood Makers has been a wonderful opportunity for me to push the boundaries and ambition of my practice,” says Wells. “Experiencing the scale and impact of the [Kumbh Mela] event first hand gave a new depth to the work, allowing me to develop a very personal and meaningful response to the subject matter.” 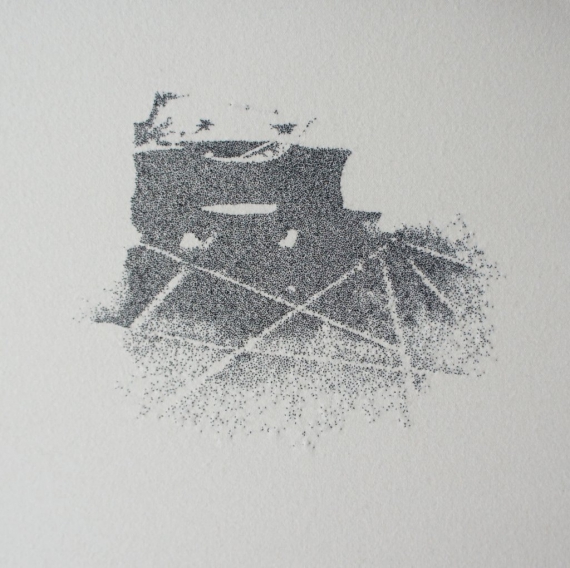