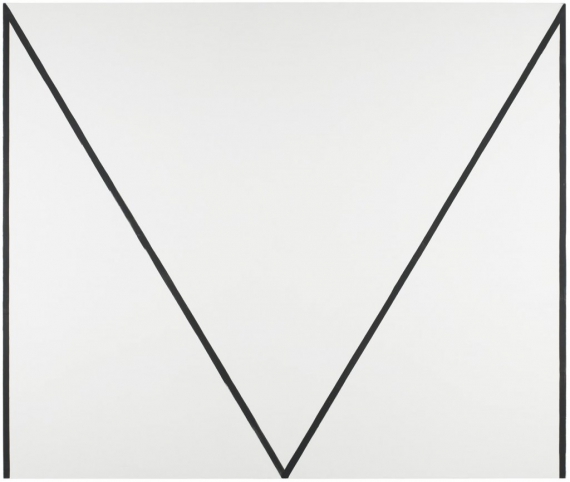 The biennial John Moores Painting Prize has announced its five prize-winning artists. Chosen from a shortlist of 62 paintings selected for this year’s exhibition, each of the five is now guaranteed a cash award of £2,500.

The first prize winner – worth £25,000 – will be announced by patron Sir Peter Blake during an award reception at Liverpool’s Walker Art Gallery on Friday 14 September.

The prize winners in alphabetical order, with details of their paintings, are:

Biggs & Collings – ‘The Greater Light’. A vast and intricate pattern form created by married couple Emma Biggs, who conceives the painting’s colours, and Matthew Collings, who applies the paint.

Ian Law – ‘M is many’. A large black letter ‘M’ takes up the whole canvas, delineating the space and confusing perspectives.

Stephen Nicholas – ‘Gallery’. An apparently abstract work that explores a number of dualities, including gallery/institution and abstraction/figuration.

Sarah Pickstone – ‘Stevie Smith and the Willow’. A haunting scene inspired by Smith’s drawing to accompany her 1957 poem, Not Waving But Drowning.

Narbi Price – ‘Untitled Kerbstone Painting (MJK)’. The worn yellow diamond patterns of the corner of a loading bay, with the scuffed marks of activity on the walls and surfaces.

Sandra Penketh, Director of Art Galleries at National Museums Liverpool, said: “The judges have chosen five very different paintings, which combine to challenge, delight and stimulate. They also represent an exhibition which continues to reaffirm the power of paint to communicate with and move us.”