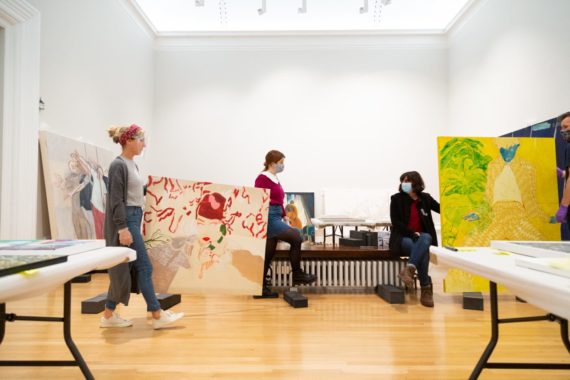 The John Moores Painting Prize 2020 longlist has been announced, with 67 artists’ work set to feature in an exhibition at the Walker Art Gallery from 12 February to 27 June 2021.

The UK’s oldest and most prestigious painting prize offers a £25,000 first prize, plus four additional prizes of £2,500. For the first time this year there will also be a £2,500 Emerging Artist Prize, supported by Winsor & Newton.

The longlist was selected from almost 3,000 artworks, ranging from large scale canvases to exquisitely detailed pieces. Perhaps unsurprisingly, the exhibition will cover a wide range of styles, united by their use of paint.

Paintings are judged anonymously, allowing the works to ‘speak for themselves and giving the process and final exhibition a unique authenticity’. 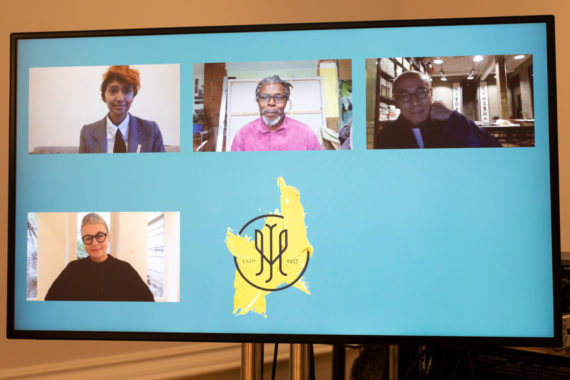 Following Liverpool’s move into Tier 3 of the government’s Covid restrictions, this is also the first time in the history of the Prize the judging has been conducted online. High spec cameras, screens, speakers and AV software allowed judges to appreciate the scale, texture and detail of the works in real time.

Sandra Penketh, Director of Art Galleries at National Museums Liverpool, said: “This exhibition is an extraordinary chapter in the John Moores Painting Prize’s long history. From the Call for Entries which launched just weeks before the first national lockdown, to the challenge of bringing together hundreds of paintings from across the UK, we’re delighted to have got to this stage and to finally have a truly exciting longlist.”

Reflecting on the judging process, juror Jennifer Higgie commented: “It’s been a real challenge to narrow down our selection not simply because of the inevitable restrictions of the pandemic, but because we were faced with so many varied, imaginative and skilful works of art.”

Fellow juror, Michelle Williams Gamaker, added: “Judging the John Moores Painting Prize this year at a distance presented a new challenge in the Prize’s history. Instead of standing with the artworks we zoomed right in, carefully scanning the surface of each painting. Ultimately our decisions were based on a number of themes that emerged and resonated with the other jurors in our collective discussions.”

The John Moores Painting Prize is organised in partnership with the John Moores Liverpool Exhibition Trust. The exhibition is showing as part of Liverpool Biennial 2021, the largest festival of contemporary art in the UK, taking place across the city’s public spaces, galleries and museums from 20 March to 6 June 2021.

The five prizewinning artists will be announced in January 2021, with the first prize winner and the Emerging Artist Prize to be announced at the opening of the exhibition.