Two major contemporary art festivals taking place on the Kent coast next year have announced dates and some programme details.

The 7th Whitstable Biennale will include an extensive programme of film and performance events, screenings, talks, seminars and workshops and will take place 31 May – 15 June 2014. Folkestone Triennial will return for its third edition over a nine-week period from 30 August – 2 November 2014. It will be curated by former Liverpool Biennial Director Lewis Biggs under the title ‘Lookout’.

Set in a small fishing town on the north Kent coast which is now also known for its extensive artistic community, the Whitstable Biennale makes use of unusual spaces across the town with artists offered the chance to create works that utilise its rich texture and fabric. Among works commissioned for previous editions are Simon Faithfull’s Lost, a limited edition book that catalogued objects misplaced over 39-year period, Nick Crowe’s performance The Drowning of Tuvalu, which highlighted the effects of global warming on low lying areas, and Emma Hart’s Projects the Future, which extended across two editions of the Bienniale.

Folkestone Triennial is organised by independent arts charity The Creative Foundation and invites artists to create works that reflect issues affecting both the town and the wider world. These have previously included commissions by Cornelia Parker, Tracey Emin, Jeremy Deller, Martin Creed and Richard Wilson.

Speaking about his vision for the 2014 programme, Lewis Biggs said: “Visitors to ‘Lookout’ will be physically and emotionally transported to glimpse different perspectives on the future through an array of fabulous new artworks.

“They will be invited to reflect on the artists’ hopes and fears about universal issues: the gap between rich and poor, climate and environment, demography and migration, sustainability, regeneration, technology and communication, urban design, social engineering, food security and all the other aspects of our daily lives that are changing ever faster.

“With a population of just 45,000, Folkestone can be a lens through which we look out at the world and question what’s happening now and what’s coming next.” 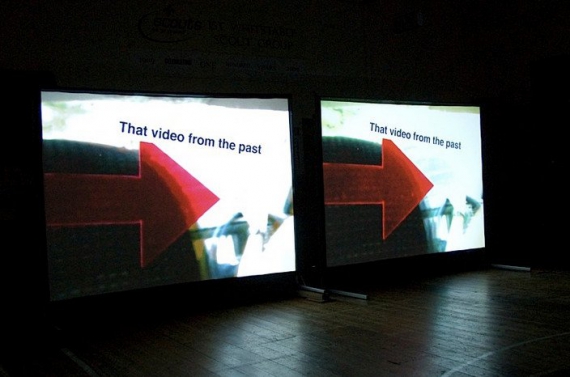