Schwitters’ Merz Barn: “We have an obligation to see through his vision” - a-n The Artists Information Company 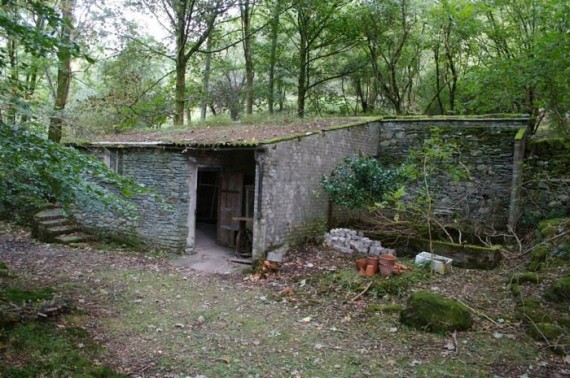 It seems odd that a site of international artistic significance, rescued only recently from neglect and obscurity, should be facing an uncertain future. But in the case of Kurt Schwitters’ Merz Barn, situated near Elterwater, Cumbria, a lack of serious financial backing is especially surprising, given the way the artist’s 2013 retrospective at Tate Britain did so much to stake a claim for him as a British artist.

Having left Germany in 1937 after being condemned by the Nazis as a maker of Entartete Kunst, or ‘degenerate’ art, Schwitters fled, first to Norway, and then after the German invasion of that country, to Britain. He was imprisoned as an enemy alien on the Isle of Man, but Schwitters constantly produced artwork – which he called ‘Merz’ – made of everyday detritus, including litter. After release, he settled in London and then Ambleside, where he lived in poverty until his death on 8 January 1948, the day after he heard he was to receive a British passport.

From 1947, Schwitters had been constructing his final, ambitious indoor installation, or Merzbau – the only one he attempted in this country – in a rented barn, on the Cylinders Estate at Elterwater. Schwitters planned for it to become “the greatest sculpture of my life”, but he never completed it.

Ian Hunter and Celia Larner : The Elterwater MERZ Barn from arts-news on Vimeo.

By the 1960s, the installation, covering one wall and made of stone, cement and found objects, was under threat due to the poor state of the barn. Led by the artist Richard Hamilton, the University of Newcastle stepped in, removing the installation and transporting it to its current home in the Hatton Gallery, Newcastle. But the Merz Barn was later repaired, and survives along with other buildings also occupied by Schwitters. Owned by Littoral, a non-profit arts trust, they can be visited on open days. But in the current economic climate, Littoral is struggling to continue.

“We’ve come to the end of the first cycle of work on the Merz Barn, cleaning the place up, finding out what’s here, stopping the Merz Barn falling down,” says Littoral’s Ian Hunter. “We bought it in 2006 with money from the Northern Rock Foundation and we also acknowledge the generosity of Damien Hirst, Anthony Gormley, Tacita Dean, Bridget Riley, and many other great British artists, not least Richard Hamilton. Arts Council England later put in some money, and we’re grateful for that, but I want to underline that the project has progressed because of the support of artists.”

Trying to give the Merz Barn a viable future, Littoral recently met Sir Nicholas Serota, Director of Tate. According to Hunter, discussions covered Littoral’s inability to obtain Arts Council England strategic funding to properly restore and develop the project. “We weren’t asking or expecting Sir Nicholas to take responsibility for that,” Hunter says, “but we were pointing out that in terms of the narrative of Kurt Schwitters, and his contribution to British modern and contemporary art, that the German, and more recently the Norwegian government, have put considerable money towards building museums.”

It’s worth looking at that last point in more detail. In Schwitters’ former home, Hanover, the Sprengel Museum contains a lifesize, detailed, walk-in reconstruction of the artist’s first Merzbau, based on photographs taken in his house, where it occupied several rooms, prior to its destruction in a bombing raid in 1943. The museum also houses Schwitters’ official archive and many of his collages and paintings. In Norway, on Hjertoya island, Schwitters’ incomplete Merzhytte, or Merz Hut (a smaller building than the Merz Barn), will be moved to Romsdal Museum by 2015 and restored. The Henie Onstad Museum, Oslo, already has space dedicated to Schwitters’ art.

Hunter says that the meeting with Serota was positive. “He didn’t disagree with me about Schwitters and the need to recognise him, that the Tate was an opener and that the Littoral Trust had arranged to buy the Merz Barn and maintain it. I explained that we had put a third application into the Arts Council, that is with them now, for them to do a feasibility study – they call it an options analysis. And I said the purpose of that was to offer up a range of development options for the Merz Barn which could become the subject of a national stakeholders’ conference early in summer 2014. He approved of that… And I believe the Tate wants some involvement in how that consultancy is rolled out.”

Hunter also sees the role of artists as crucial to any conversation about the future of the Merz Barn. Open weekends will be announced from March onwards, and there will be symposium for artists between 23–26 May (with camping space available on site). He’s also keen to include artists in the summer stakeholders’ conference. “Schwitters said he wanted the place to be somewhere artists could come and find support, and a place to stay and work. We very much want to keep the artist and practitioner ethos of the place alive, and as a key element as the project and museum ideas go forward.”

Hunter links possible development options, which could include a museum and space for contemporary art, to Schwitters’ own ideas about the site. “He wanted the Merz Barn to be preserved not as a historical full stop, but as a future question mark for art,” he says. “The question is, in Britain, have we got the energy and commitment, given the historical and political context? He was a refugee, he was an artist, he never gave up, he was full of optimism for the future. We have an obligation to see through his vision for the future.”

By arrangement, the Littoral Trust welcomes visits and overnight stays by artists, as well as suggestions about how the Merz Barn project should develop. www.merzbarn.net