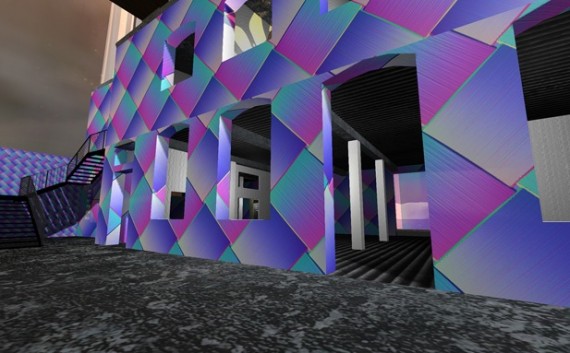 Frankfurt-born, Malaysian-Chinese artist Lawrence Lek has been announced as the winner of this year’s Converse x Dazed Emerging Artists Award.

The recipient of £5000 in prize money, Lek’s work will be exhibited at the Royal Academy’s Burlington Gardens galleries alongside the other four finalists in a show curated by Susanna Davies-Crook.

This year’s other finalists were Jonathan Trayte, Rachel Pimm, Patrick Cole and the artist duo Tamsin Snow and Sarah Tynan. Each has been awarded £1000 to create site-specific work for the show.

Now in its fifth year, the award is open to unrepresented artists of all disciplines not currently in education. Artists are selected through an open-submission call hosted online by Dazed and Confused.

Lek, who is based in London, is known for his interactive virtual environments; his work has been hosted by organisations such as the V&A, SPACE, Barbican and the Delfina Foundation.

For the Emerging Artists Show, Lek presents a virtual simulation of the Royal Academy, based on surveyors’ drawings as well as found text from Russian Tatler (translated into Mandarin for a Chinese audience, subtitled in English). The work offers a potential future for the building, repurposed by high-end estate agents.