Linda Nochlin (1931-2017): feminist art historian who changed way we think about artists and their work - a-n The Artists Information Company 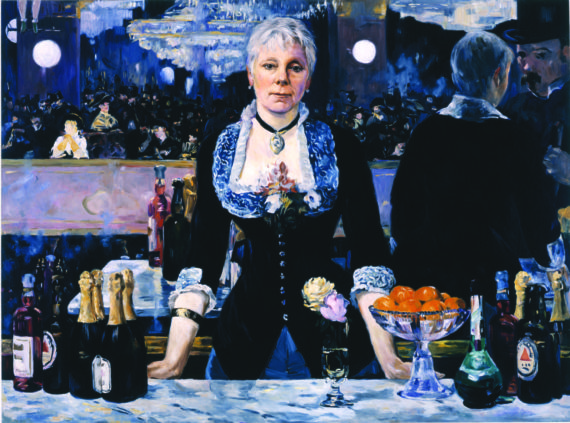 Linda Nochlin, who died on 29 October aged 86, was an art historian and academic, but for many readers she was much more than that. She was instrumental in changing the way we thought about artists and their work, but also about institutions, including and beyond the museum; about language and the semiotic framing of our understanding of the world, and the assumptions we carry deep within us that make us so fastidiously attached to the status quo as if it were the ‘natural’ order.

In her groundbreaking 1971 essay republished in Art News, Why Have There Been No Great Women Artists?, she cited John Stuart Mill, the 19th century philosopher and avowed feminist avant la lettre, who’d argued against the notion that commonplace ideas represent truth simply because institutions support them.

And it was in that long essay that Nochlin’s rigorous scholarship gathered its insights from various disciplines to champion the cause of the neglected female artist. She didn’t do this by championing individual artists – she thought such a list would be in itself a half-baked exercise – but by meticulously examining the political and social conditions that conspired against them.

But for me, the immediate impact of that remarkable essay was that it did indeed introduce a host of artists who had been completely unknown to me, and certainly unknown to the first wave of young art history students who would have read it when it was first published.

Among the historical figures were the Italian Baroque and Mannerist painters Artemisia Gentileschi and Lavinia Fontana, the French society portraitist Élisabeth Louise Vigée Le Brun – who had to flee revolutionary France after her patron Marie Antoinette was arrested – and the Swiss neo-classical artist Angelica Kauffmann, who worked successfully in London and Rome. Rosa Bonheur, the French 19th century realist painter of animals, gets a more in-depth profile that closes the essay.

Gentileschi is now far more celebrated, and rightly so, than her father who had trained her, the painter Orazio, though the longer profile did comparatively little for Bonheur, which may of course be more to do with the artist’s choice of genre rather than with her sex.

I remember reading the essay closely in the mid-1990s and thinking, ‘Twenty-odd years is a very long time. It’s quite different now.’ I even remember feeling surprised at how many successful female artists there have been down the centuries, despite leaving, apart from their now neglected works, so little in the way of a historical footprint. 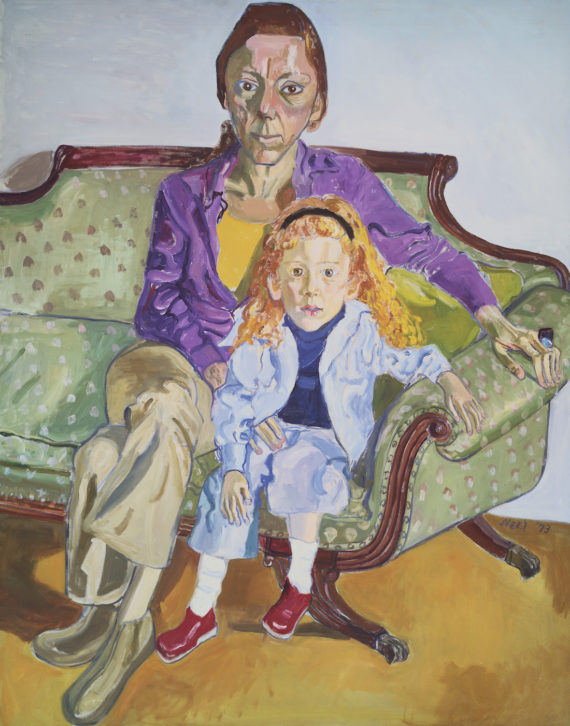 I probably didn’t admit to myself that I was also kind of resistant to much that was associated with second-wave feminism, and so I convinced myself that this historical account was indeed history, even though I knew that “less then 5% of the artists in the Modern Art Sections are women, but 85% of the nudes are women”, as stated in the Guerrilla Girls’ famous 1989 poster.

We were, after all, in the midst of Brit art, and it seemed the so-called ladette culture that the media was fixating on had infiltrated the celebrity high-art world. Tracey Emin, Sarah Lucas, Georgina Starr, Jenny Saville, Rachel Whiteread (the latter two hardly ‘ladettes’ of any description but everyone seemed happy to lump them all together) – these were the artists who were getting regular lifestyle spreads in the supplements.

But could we call any of these contemporary female artists ‘great’? Nochlin had argued that the very notion of greatness was inherently patriarchal, and to merely highlight the women who might ‘measure up’ would be to ponder the wrong question. Even so, if we couldn’t apply that term now, perhaps this was more an indication of the type of work that was now being produced, rather than any gender disparity. Or so one could counter.

When we look back on Germaine Greer’s The Female Eunuch, which was published just before Nochlin’s essay in 1970, we find that, of course, the political discourses around gender have moved on considerably. It’s an historical artefact, almost, one might argue, as much as Tom Paine’s The Rights of Man or Mary Wollstonecraft’s A Vindication of the Rights of Women. The Female Eunuch lit a fire and we urgently needed to feel its heat and energy, but its pages are grown cold.

I wonder now if I thought the same of Nochlin’s essay when I first read it just two decades after it was written. Because re-reading it now, I feel there’s really not a misstep in it: in its measured tone, its careful rigour, its specificity, with its focus on artists and context. And, rather than itself growing cold, it’s concepts of ‘greatness’ and ‘genius’ that now seem so dated.

Specialising largely, though not exclusively, in French painting and realism, Nochlin leaves a significant body of work. Her paradigm-shifting essay apart, it will be her essays and articles on Gustave Courbet, the 19th century French realist, and subject of her PhD thesis, that I will treasure as her most illuminating.