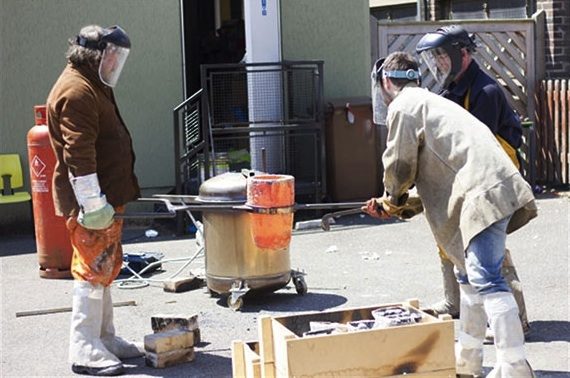 London Sculpture Workshop is giving a final push to its crowdfunding campaign to raise £50,000 for a new community ceramics and foundry hub in south east London.

The facilities will be based at the organisation’s new site in Woolwich and will be free to the local community, offering practical sessions, open days and displays of artwork.

The campaign already has over 130 backers, including £20,000 pledged by the Mayor of London Sadiq Khan. He described the project as “unique in its approach and innovative in its creative vision”.

Amongst those who have donated is Marcel Baettig, director of Bow Arts. He said: “This is such a needed service for artists and designers in London. Bow Arts has refered many people to the London Sculpture Workshop as they have the skills and equipment to help you realise your ideas.”