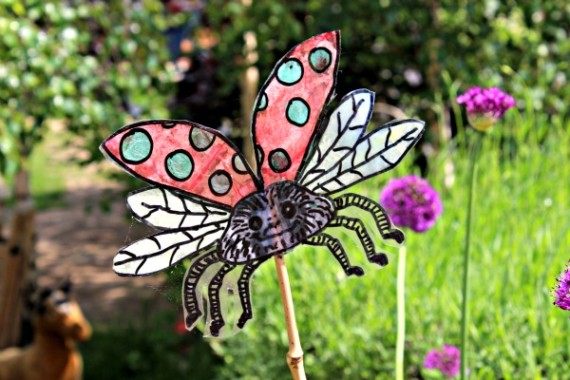 The art organisation V22, which runs seven studio buildings in north and south east London, is piloting crèche facilities in its studio block in the centre of Dalston.

A crowdfunding campaign has been launched to raise the £32,000 needed to convert a 120m2 ground floor studio space into a child and work-friendly area. V22 has also developed a partnership with its neighbours, the Dalston Eastern Curve Garden – a community space on a former curved railway line – so that the crèche has easy access to this ‘secret’ garden.

In partnership with the Ofsted-rated ‘outstanding’ organisation Officrèche, V22 intend for the crèche and workspaces to be easily bookable for parents and carers via an online booking system. If the crèche proves successful then V22 hope to introduce similar facilities in more of its studio buildings.

Tara Cranswick, CEO of V22, said that becoming a parent leads to lives being “radically reshuffled” and that “whilst the rest of society has kept up with the flexible and creative ways we want to live and work, parenthood suddenly sends us back to the middle ages”.

She added: “Too often the greatest burden falls on women. There is no reason why we should have to choose between being great parents and great makers, creators and entrepreneurs; the world just needs better solutions.”

Sharing some pertinent facts and figures on parental employment, V22 noted that while 60% of London’s women with dependent children are in work, the capital has the lowest rate of parental employment in the UK (the national average is 69%). Nationally, just 10% of UK companies have workplace creches.

Artist-parents are not alone in their need for flexible working patterns – the Office for National Statistics has found that a third of mothers and a fifth of fathers work flexibly.

V22 are already taking registrations of interest from parents with children under 5-years-old and those who are currently expecting. Further details of the V22 Workspace Creche can be found on its Spacehive crowdfunding page