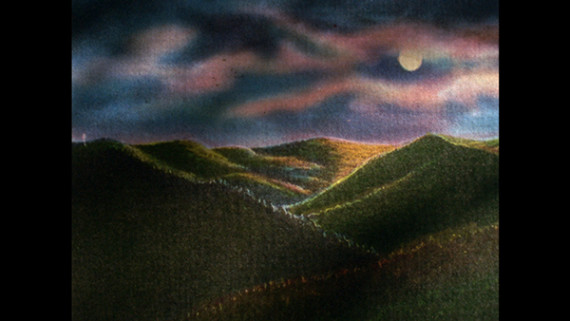 The winner of the second edition of the Rita Harris Studio Award has been announced as film-maker Lucy Harris.

She will receive a £10,000 grant to cover her rent at Acme’s Copperfield Road studios for the next year with the balance paid as a bursary.

The aim of the award is to provide increased time to develop Harris’s practice, including helping financially and creatively in the pre-production stages of her latest 16mm film works.

Harris commented: “My work is created via a combination of hands-on based studio practice and historical research, and the award will enable the concentrated studio time needed to pursue and explore the relationship between marble, sculpture, architecture and film resulting in a body of new work.”

Goodwin said: “When we visited her studio, it seemed a place of deep reflection and creation, organised into different areas, a schematic of her process and thinking.

“It is clearly a significant moment for Lucy, as she spoke about the rich interrelationships of materials and media she is pursuing and the potential to extend these explorations further in her practice.”

The Rita Harris Studio Award is made every other year, alternating with Acme’s Jessica Wilkes Studio Award. The winner of the inaugural edition in 2014/15 was painter Duncan Pickstock who has since exhibited internationally including a recent painting show at The Open Sky Museum, Nantes, France.