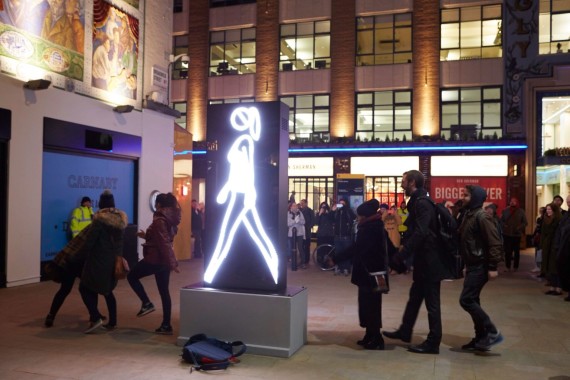 This year’s Lumiere festival has opened, blasting away the winter blues with a series of installations that shine a light on central London’s most intriguing buildings and architecture.

Organised by creative producers Artichoke, the event is designed to attract visitors to parts of the city that are often quieter following the Christmas shopping rush and New Year celebrations.

Locations in London’s West End include Leicester Square, Piccadilly, St James’s, Carnaby Street and Oxford Circus. In addition, work is on show at the German Gymnasium and Granary Square at King’s Cross. 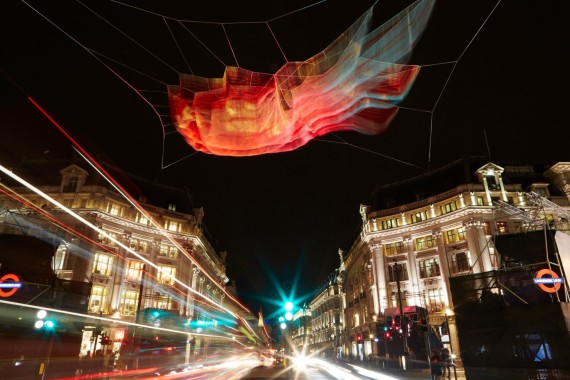 Highlights include US artist Janet Echelman’s vast billowing aerial sculpture 1.8 London. Constructed from thousands of feet of knotted twine and suspended at Oxford Circus, the sculpture is inspired by the 2011 Japanese Tsunami, which sped up the Earth’s vibrations and temporarily shortened the length of the day by 1.8 micro-seconds. 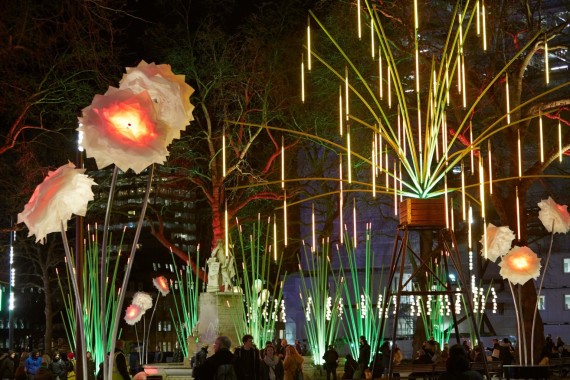 Over at Leicester Square, French collective TILT have installed Garden of Light. This exotic garden of giant illuminated plants, created in partnership with Heart of London Business Alliance, brings a tropical feel to one of London’s premiere entertainment spots. 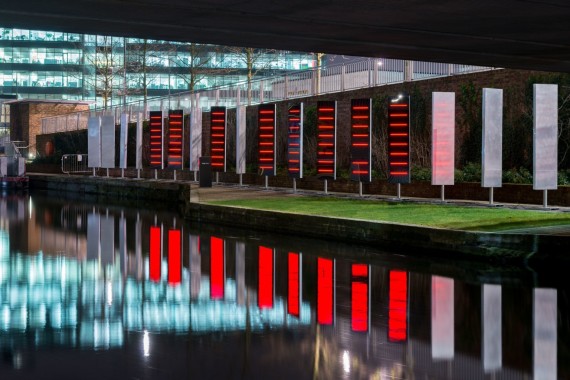 Elsewhere at King’s Cross, Belgium group LAb[au]’s BinaryWaves responds to the everyday rhythms of the city. It transposes the electromagnetic waves that carry telecommunications into light, sound and motion across 40 undulating illuminated panels. 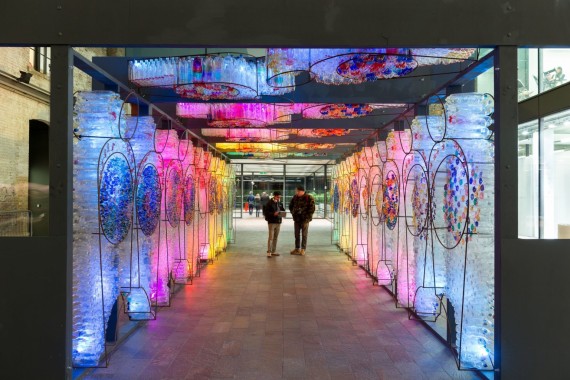 Other highlights of the festival include Aquarium by Benedetto Bufalino, a defunct red phone box in Mayfair transformed into a living aquarium filled with goldfish. Les Voyageurs by Cedric Le Borgne features larger than life human figures on and around buildings in the St James’s area, while Julian Opie’s intriguing neon work Shaida Walking (pictured top) is located at Carnaby Street.

Helen Marriage, Artichoke director and curator of Lumiere London said: “Using London’s buildings as their canvas and our streets as their auditorium, these installations are not hidden away behind the closed doors of art institutions, theatres or concert halls, but firmly in the public realm.

“This event shows how this great world city can turn itself into a huge public gallery, a pedestrian playground free temporarily from traffic and accessible to all”.

The Lumiere festival continues until Sunday.