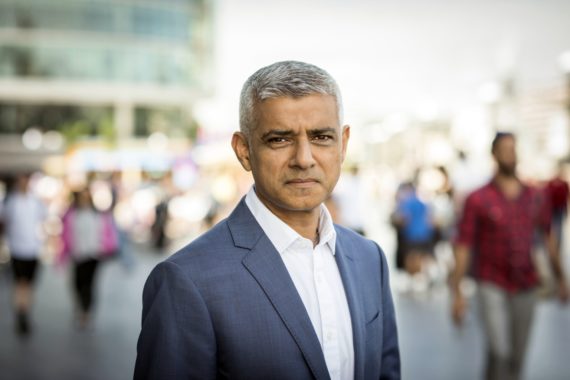 The Mayor of London, Sadiq Khan, has announced the 10 submissions from 11 boroughs across London that will compete for the first Creative Enterprise Zones initiative.

Each borough will receive £50,000 to develop a proposal for helping the creative industries to prosper in its area, with three winners being announced later this year.

The initiative was one of Khan’s key manifesto priorities when running for election in 2016 and was partly seen as a response to research commissioned by his predecessor Boris Johnson into the changing landscape of artists’ studios in the capital. The Artists’ Workspace Study predicted that up to 3,500 artists’ workspaces would be lost by 2019.

Explaining the purpose of the initiative, Khan said: “Artists and creative businesses around London breathe life into every corner of our city – but too often they find themselves unable to put down roots due to the spiralling cost of housing and workspace. This is a real problem that threatens to undermine London’s position as the world’s creative capital.”

Khan added that the Creative Enterprise Zones will offer a “practical solution to the problem through locally reduced business rates, incentives to open up new spaces and initiatives that value the contribution that creatives make to the city.”

The successful applicants will build on work by the London Borough of Haringey, which carried out a Creative Enterprise Zone pathfinder research project in Tottenham last year. It showed that creative industries in the area have grown by 127% in the past five years, although there continues to be pressure on affordable creative space.

Khan is hoping that the initiative will bring together artists, local businesses and landowners to create new jobs, establish and secure new spaces for creative production, and also open up opportunities for young people who are considering careers in the creative industries.

Joyce Wilson, Arts Council England London area director, said: “London’s creative communities are vital to the economy, and it is important for London’s arts and culture talent to be sustainable amongst the challenges the city holds. It’s good to see the opportunities this ground-breaking initiative will provide, and the artists that will hopefully emerge within each of the boroughs.”