Manchester International Festival: “The most incredible injection of energy to the city” - a-n The Artists Information Company 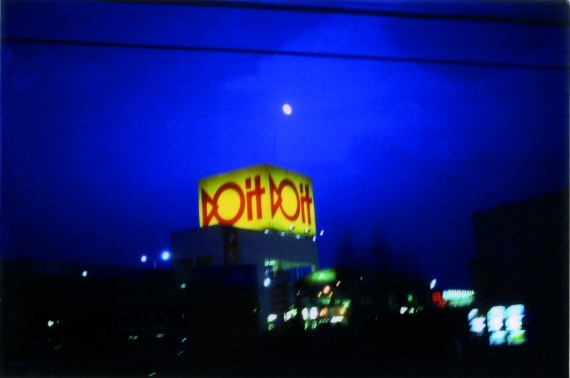 Rain or shine, and sometimes both, the flags are flying down all the arterial routes to Manchester, and from each one a highlight of this year’s International Festival is proclaimed. You can’t avoid what they call, for short, MIF. Now in its fourth biennial incarnation since first appearing in 2007, MIF has done daring things, not least with contemporary art, welcomed by what was at first an unsuspecting public, probably also attracted by the fact that the art comes free. In some instances, like 2009’s Marina Abramovic Presents, at Whitworth Art Gallery, or Jeremy Deller’s Procession, marching, playing and singing its way down Deansgate, it has also been surprisingly in-your-face.

The success of the contemporary art element within MIF is in great part down to the collaboration of major venues like Manchester Art Gallery and the Whitworth, jointly directed by Maria Balshaw, whose diary at the moment is so dominated by MIF preparations that I am lucky to get 15 minutes to talk to her in the glass surrounds of her office. “I think the festival has given the most incredible injection of energy to the city,” she says. “What that’s done in terms of contemporary art in particular is that it’s allowed people in Manchester to connect to the international art world in a way that just hadn’t been possible before.” Personally I tend to agree, but how, I ask, can you prove it?

“Of course we do really detailed evaluations of particular projects and particular audience groups,” Balshaw explains, “But really, you only had to stand in the Manchester Art Gallery in the last weekend of the festival last time round, in 2011, and see the queues from the top floor all the way down the stairs, through the atrium and out the building, with people carrying objects that that they wanted to swap with Roman Ondak (who featured in 11 Rooms). So the fact that we had 11,000 people through the building on the final weekend is a sign of something qualitatively as well as quantitively different about people’s willingness to engage with contemporary art.”

As the examples so far mentioned bear out, much of what MIF has achieved with its contemporary art programme has been through performance-based work. “It comes down to what (festival advisor) Hans Ulrich Obrist describes as ‘the new kind of group shows’ that we have now,” says Balshaw. “So it isn’t only that Alex (Poots, Festival Director) at the festival and Hans and myself are interested in showing live or performance work, that you wouldn’t otherwise see here in the city, it’s also that, at Venice this year, Tino Seghal won the Golden Lion for that kind of work. It’s where the art world’s going.” It’s no coincidence then, that Seghal, another of the artists included in 2011’s 11 Rooms, reappears at this year’s MIF with This Variation.

Not everyone’s so convinced by MIF’s contemporary art policies, though. Sarah Perks, Programme and Engagement Director, at Cornerhouse, which collaborated with MIF to produce Deller’s Procession, says: “It’s done wonders for the profile of Manchester Art Gallery and Whitworth Art gallery, because they have the key profile things on there like 11 Rooms and the Marina Abramovic piece. But I don’t think everything has been wholly new or original. Hans Ulrich Obrist is a particular kind of curator and likes a particular kind of artist – very good artists, very well curated – but it’s not the full picture of contemporary visual art. And he does have a tendency to work with some of the same artists, over time, which we all do to a certain extent. But it does produce similar results.”

But by the time of the next festival in 2015, Cornerhouse will have changed location and name, becoming Home, making the prospect of another MIF collaboration doubly attractive. “It would be crazy not to think about it,” Sarah admits, “and of course we will have the theatre and performance studio, more cinema screens and galleries. There will be more flexibility and options there.”

For artists who are based in the Manchester area, though, any rewards from MIF’s public-embracing approach are less clear. In Maria Balshaw’s opinion, the benefits seem rather of the trickle-down variety. “I think, perhaps five or six years ago, that there would just be the festival and it would be an insulated bubble from what’s here the rest of the time,” she says. “But the organisations that work here all year round, and are part of the festival, connect to the artists that live here, and I think all they want is for there to be a vibrant creative culture in the city. So growing the enthusiasm for conceptual work in Manchester has a massive benefit for artists such as Ian Rawlinson and Nick Crowe.”

Perhaps the MIF spirit is strong but not all the necessary facts have filtered through, however. At indie gallery, Madlab, I meet Paul and Phil, graduates in graphic design at Stockport College, enjoying their BA degree show. They’re aware of the Festival but maybe not to the extent they should be as aspiring professionals. “I’ve seen the banners everywhere,” Phil says, “I think the promotion for it is only just starting to get big, though, because I’ve not really heard of it that much till this year.”

Maybe the past three festivals have just been the build-up. 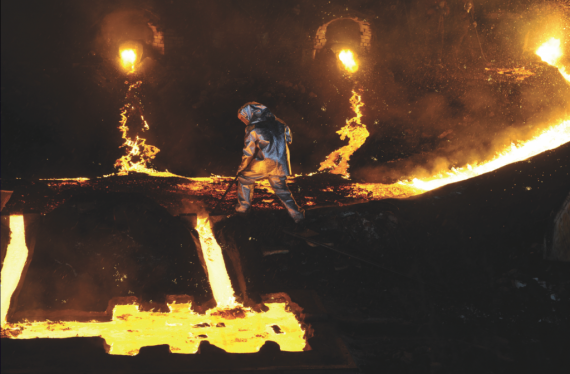