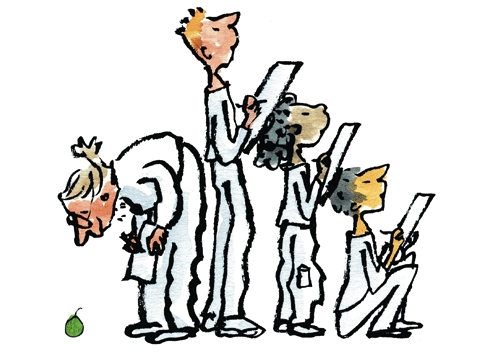 The 15th annual Big Draw award winners have been revealed by the film director Mike Leigh at a special event at Painter’s Hall, London today.

Sue Grayson Ford, Big Draw director, was also a judge. She commented: “This is our 15th ceremony celebrating the amazing work of gallery, museum and heritage educators, teachers, community leaders and individual artists, all united by their belief in The Big Draw and in drawing.

“Between us, we have inspired thousands of people of all ages to pick up pencil, paper, paintbrush – or less conventional tools – in order to create and connect.”

During the event, artist Bob and Roberta Smith was revealed as a new Campaign for Drawing Patron. There was also a performance from multimedia artist Jessica Voorsanger.

The Big Draw was launched in 2000 by the The Campaign For Drawing and encourages everyone to engage with the activity of drawing. It has notched up two world records – for the longest drawing in the world (1km) and the greatest number of people drawing simultaneously (over 7,000).

Its success is evidenced by the sheer number of participants – last year 414,000 people attended over 1800 events by more than 1000 organisers across 26 countries. This year’s Big Draw will take place 1-31 October 2015.

Details of UK events during this year’s Big Draw can be found at www.thebigdraw.org/uk-events