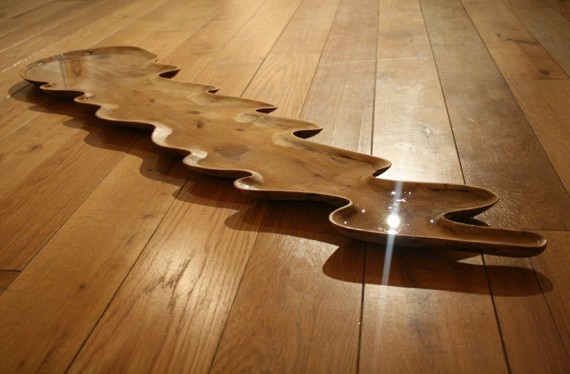 Stuart Middleton has been announced winner of 18th edition of the MOSTYN Open. The £10,000 prize was awarded for the work Jump! at an opening ceremony at the Llandudno gallery earlier this month.

“It combines a strong conceptual idea with an accessible and playful mode of engaging the audience; it connects pop culture and coming-of-age narratives with a sensorial approach beyond the two and three-dimensional forms.”

Middleton, who graduated from Fine Art (Painting) BA at Camberwell College of Art in 2009, is part of the Woodmill artist collective working in Bermondsey, London. His practice has its roots in painting and sculpture but also includes scenography, installation, environments andevents.

The Open 18 exhibition includes works by 26 artists who were selected from over 600 submissions from Austria, Germany, Italy, Japan, Netherlands, Sweden, Singapore, as well as the UK.

A £1,000 People’s Choice prize, which will be determined by the artist who receives the most votes from the visiting public during the exhibition’s run, will be announced in April.