Mother House: a collective studio for female artists and their children - a-n The Artists Information Company 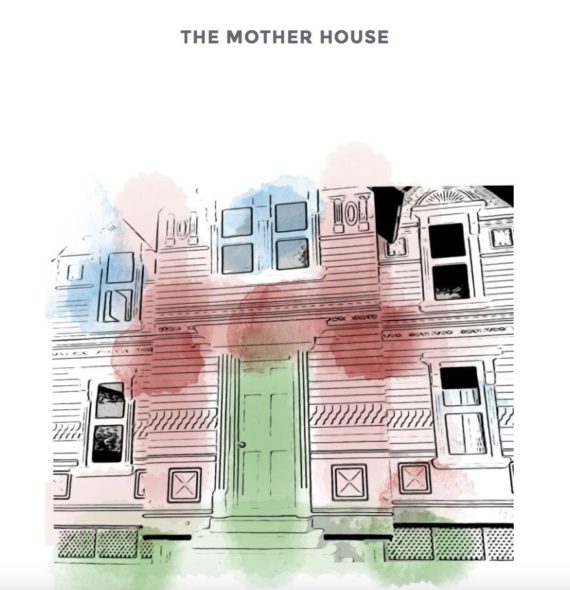 Procreate Project and the Desperate Artwives have launched The Mother House, a temporary collective studio space for mother-artists and their children, taking place at IKLECTIK ART LAB in London’s Waterloo until 9 October.

Demonstrating the need for dedicated time, space and professional development for artists who are mothers, the 36 participants and their children will feature in an art documentary about this experimental experience, which will be screened on the last day of the project during a public open house event.

The Mother House is a pilot project, testing the waters for what the organisers hope could eventually become a permanent studio and crèche. The initial stage at IKLECTIK Art Lab provides artists with access to a range of spaces for visual art, performance and audio-visual work as well as socially-oriented communal spaces such as a kitchen and a lounge.

The participating artists are invited to use the spaces to collaborate with their children or to focus on their own art practice while the crèche is manned by childcare professionals. Alongside the project’s ambitions to provide a space for artistic rigour, there is plenty of chance for creative play and the weekly events programme will include a number of creative activities for the parents and the children.

The project’s website states: “The Mother House idea is born in response to the urge of ‘making’ within the life-changing experience of motherhood, offering a collaborative yet intimate space to curate your practice whilst ensuring your journey into motherhood is fed in a creative and inclusive way.”

Procreate Project, an agency dedicated to supporting the work of mother-artists, is led by curator Dyana Gravina whose own pregnancy led to a burst of creativity and a search for a peer group of female artists who would also be keen to artistically explore motherhood.

Writing of her experiences on the Procreate Project website, Gravina says: “I struggled to find a community where other female artists could express this creative feeling or, indeed, any medium that talked about the connection between creativity and pregnancy.”

This is something that artist Amy Dignam, founder of the Desperate Artwives, also found. The online collective was initiated as a peer network and exhibition platform for artists returning to work after maternity leave. Organising exhibitions and projects, the Desperate Artwives carve out the space for making art between the challenges of earning a living and raising their children.

With concerns over affordable studio provision and living costs in London being an increasingly dominant issue, recently a greater focus has been given to the needs of artist-parents.

Also fundraising this summer are V22, whose first crèche and bookable workspace for artist-parents will open in Dalston following building works to create a purpose-built facility that will accommodate childcare needs. Having met its crowdfunding target, V22’s CEO Tara Cranswick invites artists to register their interest for a space with V22. Independent donations for the project are also invited.

The Mother House London runs to 9 October 2016 at IKLECTIK Art Lab. An art-documentary of the month-long experience will be screened during an open house event on 9 October, 5-8pm, to celebrate the end of the residency.