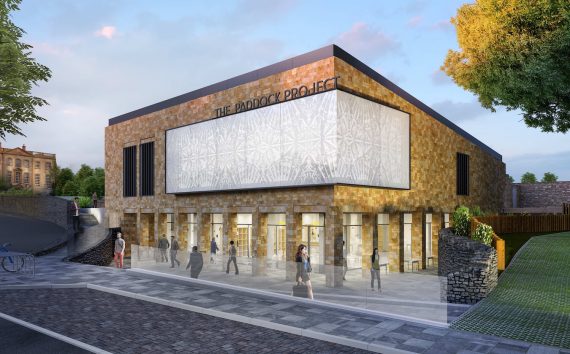 A new purpose-designed 1,700 square metre visual arts centre is set to open in the Dorset market town Sherborne in 2022.

The Paddock Project will cost £6 million to build and is designed by the Exeter-based architecture practice LHC Design, which has been working on the project for the last three years.

The ambition to build an arts centre in the town dates back more than 10 years. It has been made possible by funding from a local multi-millionaire.

The new building, which takes its name from the adjoining Paddock Garden owned by the local council, will feature two environmentally-controlled galleries, a 120-seat cinema/performance space, and two studios for hosting events and activities. Other facilities include a café and shop.

The galleries will present a changing programme of exhibitions encompassing international, national and regional contemporary and modern art, craft and design.

Director of The Paddock Project, Emma Morris, who was executive director at Towner Art Gallery, Eastbourne from 2013–2017, described the new building as “a once in a lifetime opportunity for Sherborne, made possible through a visionary philanthropic act”.

She added: “Since moving to Dorset a year ago, I have been struck by the hunger for this project to succeed, from artists, businesses, schools and the wider community.” 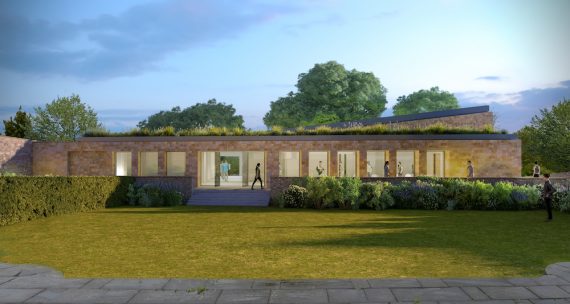 The venue will be managed by the arts and heritage charity Sherborne Arts Trust, which also owns the land the gallery is being built on.

LHC Design’s plans for the building were first revealed in November 2017 but have since been revised following recommendations from Sherborne Town Council.

The project has faced criticism from the Campaign to Protect Rural England (CPRE), which described the designs as “seriously flawed in a number of ways” and the “wrong building in the wrong place”.

However, after changes were made to the plans the CPRE withdrew its opposition. West Dorset County Council planning department approved the proposed building in June.

John Baulch, lead architect at LHC Design, said that the new building was “a unique opportunity to insert an international arts venue into the heart of an historic market town where it will act as a significant catalyst to regeneration.”

He continued: “The site is highly constrained by heritage issues and the architecture has responded positively to create a sympathetic yet dynamic relationship with the built heritage and public garden.”

All of the design, build and fit-out costs for the project are being covered by the local benefactor who will also support the venue’s running costs for the ‘first years of operation’.

Explaining her ambitions for The Paddock Project, Morris said: “As well as presenting a dynamic programme of contemporary visual art, craft and design for everyone to enjoy, I want the gallery to be the social hub of the town; a place to meet, to be inspired, to learn, participate and be creative.” 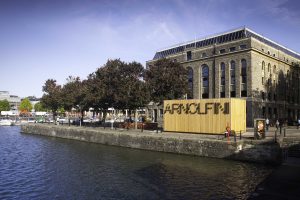