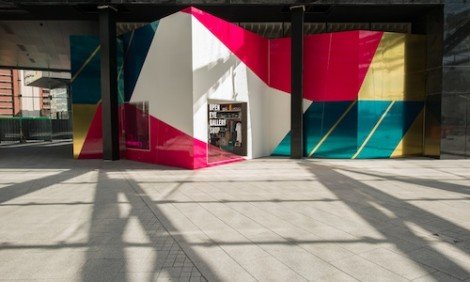 Liverpool’s Open Eye Gallery, the North West’s only dedicated photography gallery, has announced that its new Artistic Director is Lorenzo Fusi, formerly curator at Liverpool Biennial. Fusi replaces outgoing director Patrick Henry, who will be pursuing a number of projects including his role as Director of LOOK 13, Liverpool’s international photography festival.

For Liverpool Biennial, Fusi curated Touched in 2010 and The Unexpected Guest in 2012. In 2012 he also curated three retrospective exhibitions for the Galleria Civica di Modena (Italy), bringing together the work of Peter Hujar, Mark Morrisroe and Jack Smith under the collective title Changing Difference: Queer Politics and Shifting Identities.

Prior to moving to Liverpool, Fusi was Chief Curator at sms contemporanea and Palazzo delle Papesse Contemporary Art Centre in Siena. He joins Open Eye following its move 14 months ago to new premises on Liverpool’s waterfront, in the shadow of the Three Graces.

Fusi said: “Open Eye’s resilience and rich history represent an important legacy and an incredible source of inspiration for me. Over the last 40 years, the organisation has consolidated its unique role in the local and national cultural arena. I am thrilled to now take the lead towards a new phase of this history, building on the gallery’s already established reputation and tradition.”

Liverpool Biennial: Big, ambitious and of the city – as the festival reaches an intriguing point in its 13-year history, Dany Louise assesses its importance to the city’s visual arts infrastructure.