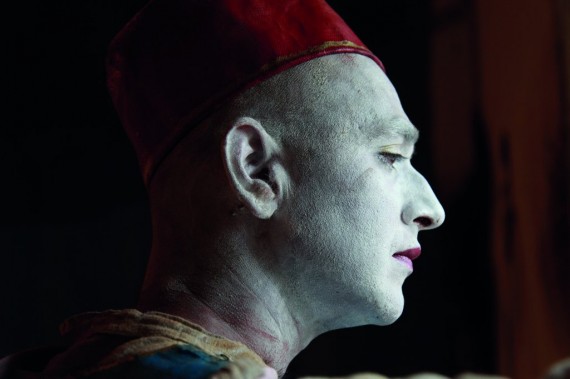 There’s been a power cut in Goa, and Nikhil Chopra can’t use his computer. In Manchester, trying to make Skype work, I’m getting worried. When, one hour later, we manage to establish contact, the artist tells me power cuts are a frequent inconvenience, but they are the last thing he is worried about while preparing for his forthcoming, marathon performance, Coal on Cotton, as part of Manchester International Festival.

“I am in a sleepy little village,” he says. “But my life is far from sleepy. It’s at fever-pitch right now, because I’m just a few days away from leaving for Manchester. So you can imagine the excitement. I’m quite charged.”

Specifically, Nikhil Chopra is doing what athletes would regard as training. He explains: “What’s leading up to it is a bit of body discipline that I’m putting myself through. So for the past few weeks I’ve been doing some yoga. It’s the great thing about being in Goa as well; you have all these interesting yoga teachers and yoga centres. I’ve recently been introduced to the whole world of kerala massage. It’s insane, what it does to your body. I don’t know if you’ve ever experienced it?” No, I reply, and what he tells me next makes me wonder if I ever will: “It’s basically massage for a martial artist, though I’m far from one, but it’s about pulling. They pull your body and stretch your body, they take it to places you wouldn’t normally take your body, unless you were a serious yogi or something. So it’s really interesting that I’m getting to build up for this performance with getting in touch with my body a little bit, for the last month.”

Last time I saw Nikhil Chopra was during Marina Abramovic Presents, for MIF09, at the Whitworth Art Gallery, when he alternated between dressing up in costumes evoking the Indian Raj, and painting and drawing the walls with charcoal. But then he was working alongside other artists for four hours a day: this year, in the Whitworth’s yet-to-be-completed Landscape Gallery he will perform uninterrupted for 65 hours (somewhat shorter than his longest ever performance of 99 hours, in San Gimignano, Italy in 2012). But still, as he explains, “It’s the scale which is daunting, because it occupies this massive gallery, or future gallery which is right now a construction site. And on the same scale I’m thinking of my pipsqueak body dragging 400-500 metres, half a kilometre of cotton fabric which has been stitched into this enormous tent shirt.”

Hang on, I interrupt, what do you mean by “tent shirt”?

“I’m playing with the idea of cotton of course, but also the history of the omnipresence of this material – I mean we all wear cotton shirts. So the idea would be to start the performance with dressing a building in a shirt. So I quite literally button down the centre seam and close the tent from the floor, with the suggestion of buttoning a shirt. And that’s the first exhaustive part. And then it’s about making this drawing, and bringing the tent down, and so on and so forth.”

I ask about that cotton – the link between Manchester and India.

“The cotton that the tent is made out of is woven in Maharashtra, the large cotton-producing part of India,” Chopra continues. “It’s also grown in Maharashtra, so it’s also trying to bring some of those politics, not in an overt fashion, but just in the subtle use of material, to talk a little bit about the fact that cotton that comes from India comes from a lot of trauma.” Here Chopra mentions farmers’ suicides, which in Maharashtra in recent years have risen to such a high number – 4,453 in 2006 alone – that state government was forced to set up a department to deal with the problem, the origins of which Chopra summarises as “Genetically modified cotton and how it’s grown in the country, and how it’s taken local ways and means from farmers, disempowering them through controlling the ways in which seeds are distributed”.

Containing the prospect of three new ‘personae’ evoked through costume changes, Coal on Cotton promises to be intriguing and entertaining, as well as thought-provoking. You can see him, at any time between sunrise (4.48am) on Friday July 5 and sunset (9.37pm) on Sunday July 7. I wonder how will he feel on Sunday night, and he concludes: “I find it hard to stop afterwards, in a good way, in a way where you’ve allowed yourself to stretch beyond the limits.” 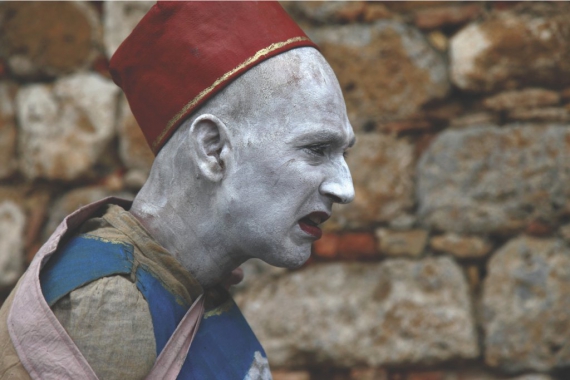