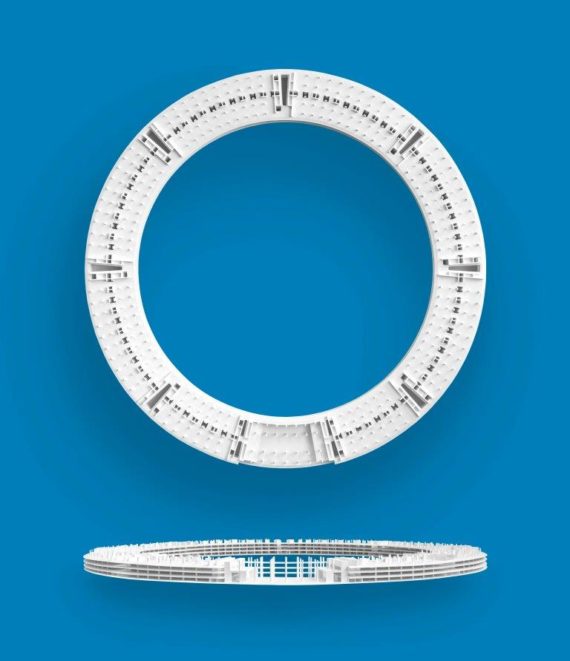 Langlands and Bell, Alan Cristea Gallery, London
Turner Prize-nominated duo Langlands and Bell‘s practice covers everything from film and digital media projects to sculpture, installation, prints, and architecture. This show is their largest in the UK for a number of years and it new features a new body of prints and wall sculptures. With reference to the new headquarters of Apple and the Bill & Melinda Gates Foundation, it offers a look at how architecture can convey notions of power and human interaction in the 21st century. The exhibition includes 24 editioned prints, presented in different colour variations, which illustrate futuristic models of the buildings as if they are floating in space.
Until 3 June 2017. www.alancristea.com 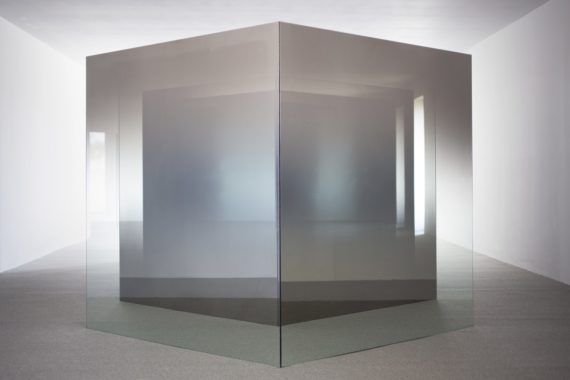 Larry Bell, White Cube Bermondsey, London
Since 1968, American artist Larry Bell has been developing his series of freestanding glass wall sculptures in varying scales and configurations. The centrepiece of this show is 6 x 6 An Improvisation, which consists of 40 panels, each measuring 72 x 72 inches or approximately 6ft square, a measurement relational to the artist’s own height. Also on show are works from Bell’s extensive career, from early paintings and works on paper to recent collages.
Until 18 June 2017. www.whitecube.com 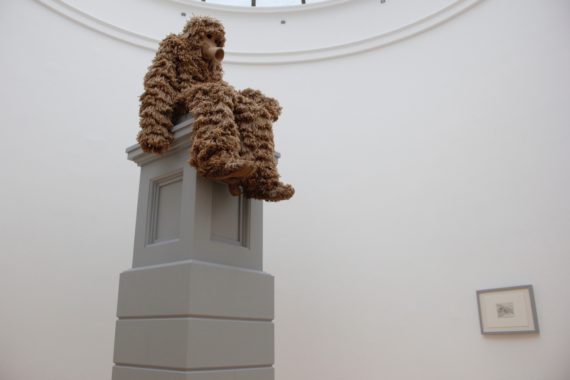 Michael Barr, Talbot Rice, Edinburgh
Last chance to catch this intriguing show by Glasgow-based artist Michael Barr. Influenced by the story of a live puma once roaming Talbot Rice’s Georgian Gallery back in 1827, it documents 30 performative interventions Barr made over a six-month period in the university’s Old College Quad. The centrepiece is Barr’s costume, loosely informed by physical descriptions of the puma, but developed more fully from his interest in the uncanny.
Until 6 May 2017. www.ed.ac.uk 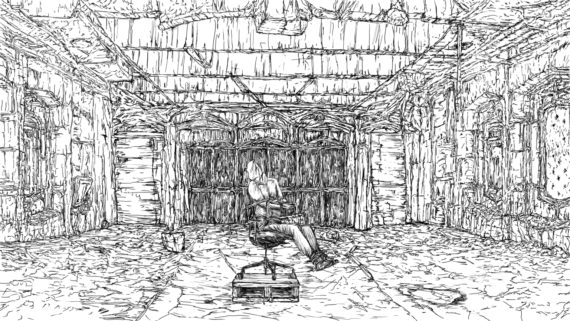 Andrew McDonald, Castlefield Gallery, Manchester
Solo show by Manchester-based artist Andrew McDonald featuring a new two-channel video installation plus existing works. McDonald’s animations are reminiscent of British postwar modernism, with purposefully scratchy hand-drawn lines and unnerving, lone looped figures unable to escape their various environments. Says the artist: “I lose myself in the process of drawing, an escape from the world, but the end result, an artwork, is the opposite – a confrontation with the world.”
Until 11 June 2017. www.castlefieldgallery.co.uk 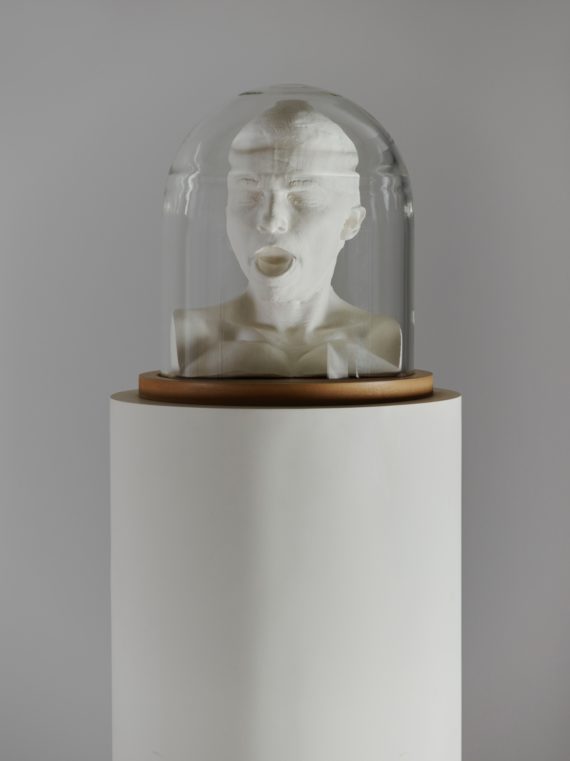 Transparency, Walker Art Gallery, Liverpool
This bumper group show features artists in the past and present who have used transparent materials, forms, and ideas about transparency to explore how we see and experience the world. It includes sculpture, painting, photography and video by artists including Wolfgang Tillmans, Camilla Løw, Emily Speed, Christine Borland and Damien Hirst.
Until 18 June 2017. www.liverpoolmuseums.org.uk