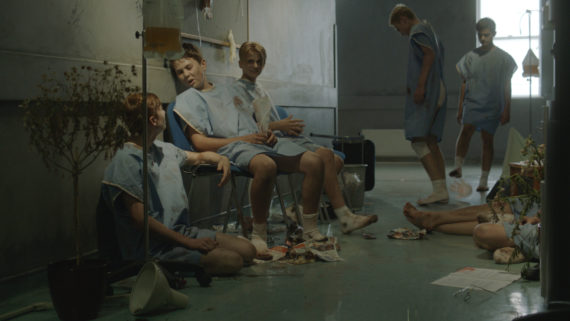 Marianna Simnett, Matt’s Gallery, London
Worst Gift is a new film installation by Marianna Simnett comprising video, liquid, light and sound. Set in an alternate world in which a voice surgeon injects prepubescent boys with a substance to lower their voices, the film was shot in a Botox factory and theatrical surgery. It follows a female protagonist (played by the artist) as she ventures on a mission to obtain the substance refused to her by the surgeon.
Until 22 October 2017, www.mattsgallery.org 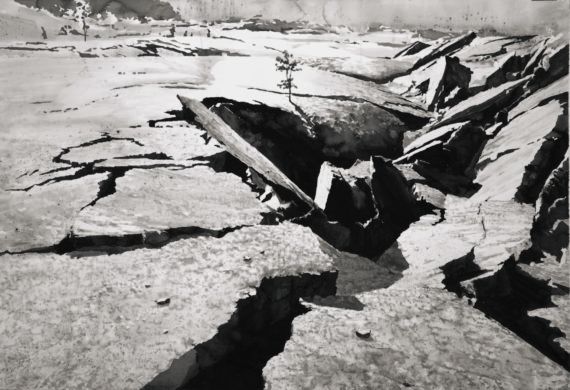 Emma Stibbon, Alan Cristea Gallery, London
This solo exhibition by Emma Stibbon features new drawings and a large woodcut made in response to her recent residency in Hawai’i Volcanoes National Park, home to the volcanoes of Kilauea and Mauna Loa, some of the biggest and most active in the world. The works on show here were made from sketches and photographic records she made on location, showing volcanic features, eruptions and rivers of molten lava.
Until 30 September 2017, www.alancristea.com 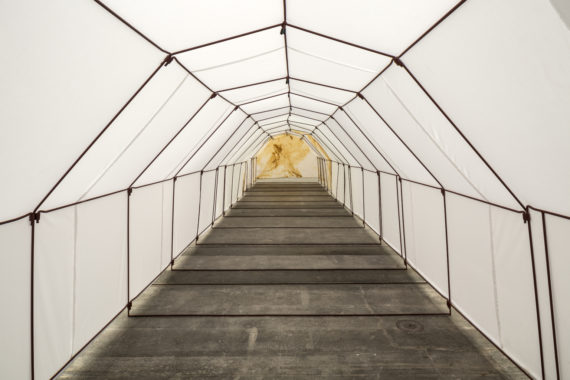 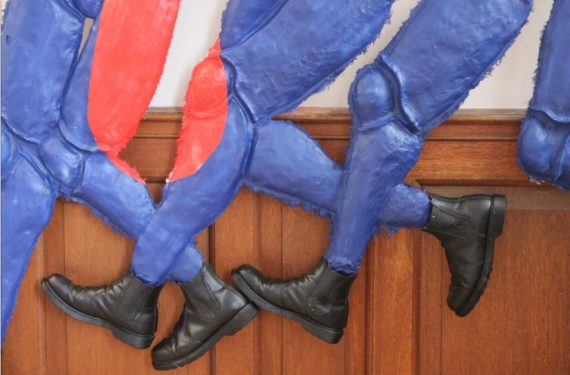 Joseph Buckley, The Tetley, Leeds
The Tetley’s most recent artist in residence, Joseph Buckley’s first solo exhibition in a public gallery is built around three large new sculptural commissions. The show takes as its starting point Buckley’s investigations into the space between ‘blackness and Britishness’, with three larger pieces set against a collection of smaller works. There’s a myriad of influences on show, from historical references to West African mask-making and medieval armour, through to British modernist sculpture and sci-fi.
Until 29 October 2017, www.thetetley.org